9 Things We May have Forgotten about Walter Hagen 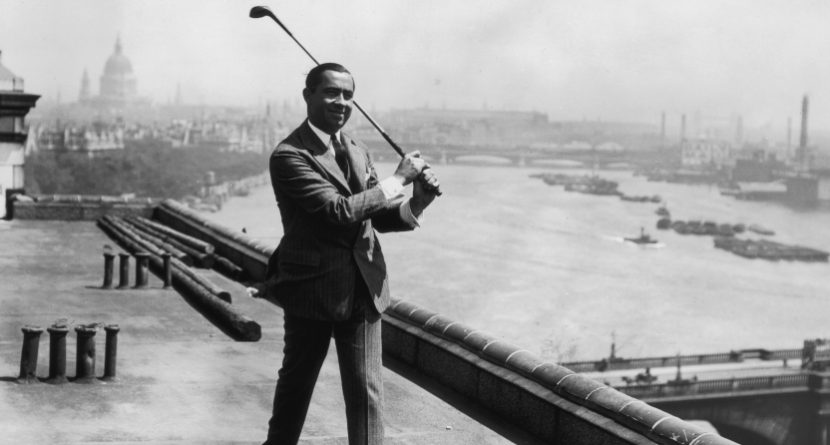 Walter Hagen was a true icon of 20th century American golf. Over the course of nearly 25 years, he left an indelible mark on the game and the professional world of golf.

One hundred years ago, on Aug. 21, 1914, Hagen won the U.S. Open at Midlothian Country Club in Illinois. But at the time, he was not yet convinced he had made the right decision in choosing golf over baseball. He wanted to bring the pro into the clubhouse, but without discarding 200 years of tradition. He wanted a game more popular but less “technical.”

Understandably, however, many details of his life are unknown to most modern golfers. So as we honor the 100th anniversary of his first major, here are 9 fascinating aspects of Hagen’s life you may have forgotten:

During the Golden Age of Sports in the 1920s, he was to golf what Babe Ruth was to baseball. The first professional golfer to make his living playing the game rather than teaching it, Hagen was also the first American golfer to top $1 million in career earnings, a figure equivalent to over $40 million today. Walter Hagen was born on Dec. 21, 1892, in Rochester, N.Y. His father was an immigrant from Germany who worked as a blacksmith in the railroad’s smithy. Like most players before the World War II, Hagen came into the game as a caddie. The impulse to be a baseball player was strong in him, but being a sportsman was (for Walter) about individuality. He was indeed attracted to a variety of games and joined the Philadelphia Phillies as a pitcher and shortstop. His ambition was to be a great pitcher. However, he soon saw that he had a better chance to succeed by playing his own game all the time, dependent on nobody else.

3) Over the course of nearly 30 years of championship competition, he never three-putted an 18th green

4) He played for the U.S. in the first five Ryder Cups and captained the U.S. team in the sixth

He had a compelling personality and a natural kindliness to weld his team together and get the best out of each player. George Jacobus, president of the PGA, in selecting Hagen as the 1939 American captain, said, “There is no man better qualified to captain our team and no man a more logical representative of the professionals of this country than Walter Hagen. He knows the game of golf from inside out. He knows and understands the temperament and the game of every one of our top-notch players, and he knows how to pair and direct them to the best advantage.” Hagen adjusted quickly to any new situation and tried to show that one must give consideration to the ground, wind and weather conditions, pointing out an interesting difference in methods between expert and average players. In 1928, he underwent testing in the department of experimental psychology at Columbia University. The conclusion of the test indicated that Hagen’s responses to certain stimuli were more rapid than those of the lesser skilled in golf.

6) He was not in love with golf

One year, Hagen confessed to fellow golfer Henry Cotton on a train en route to Portland that “he never really did love it. He used his ability at the game to provide him with the necessary money to enjoy life, and his financial success and iron constitution enabled him to keep right up to date with his program, in a very important way.”

7) He was lazy and negligent

Hagen did not pay great attention to what particular (if any) shot he had been playing badly. He did not go out and practice in solitude. If he was missing it today, he would be hitting it all right tomorrow. To such a player, the idea of enduring a sleepless night of introspection due to the error of a right leg or a left wrist was inconceivably ludicrous. He had a wonderfully true, natural style. He was aware from the beginning how easily golf can degenerate into mechanized swings when it is not given life by imagination and creativity. 8) He was the first golfer to earn $1 million

At the peak of his career, Hagen was paid as much as $1,000 per exhibition round, and in those years he might play as many as nine exhibitions a week. On one tour of Western Canada, he earned $3,000, and then celebrated his good fortune by tossing a party in a Winnipeg hotel that cost him $3,400.

During the 1920s, Hagen became suspicious of his fellow pros and instructors, and the theoretical developments in teaching the game. His pessimism increased over the years. He developed his positive views of golf while also seizing the occasion to criticize the emergent and sometimes contradictory theories of the game. He once declared: “I am the first to recognize that the theory of golf, as any other game, is one of the most trivial of human pursuits. It works only for a few minutes, but it can inspire us with courage; whether a swing could be defined in two sentences is something for which the professional golfer has no use. No faith in anything of that cheap kind. Learning to control the swing by feeling rather than by thought is the only route to a sound golf game. Give the ball a chance, and make a habit of it.”