9 Things You Need to Know about Martin Kaymer 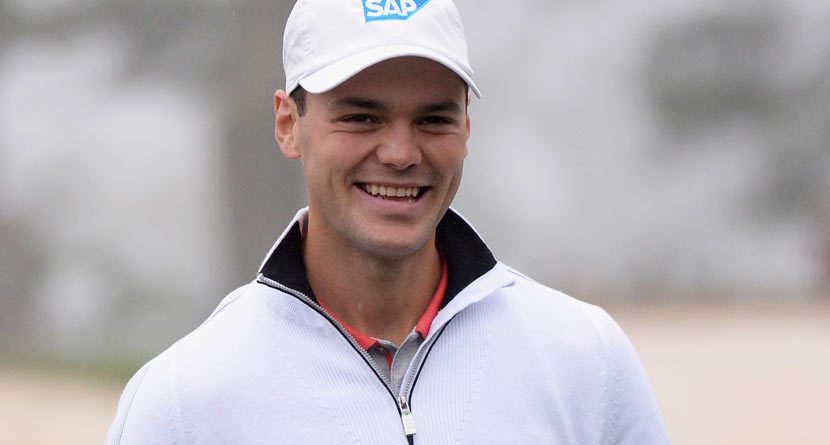 Martin Kaymer led wire-to-wire and won the 114th U.S. Open at Pinehurst No. 2 on Sunday, collecting his second career major championship in the process. Having said that, what exactly do you know about Martin Kaymer? Here are 9 things you need to know:

1) He’s a former world No. 1 player – Despite slipping into obscurity the last couple of years, it wasn’t long ago that Martin Kaymer was on top of the golf world. Despite finishing runner-up to Luke Donald at the 2011 WGC-Accenture Match Play Championship, the finish was enough to vault Kaymer to No. 1 in the world. Kaymer spent a total of eight weeks at the pinnacle of the game.

2) He’s a major champion – One of the most memorable majors of the decade was won by Martin Kaymer. In the 2010 PGA Championship at Whistling Straits, Kaymer outlasted Bubba Watson in a playoff to claim his first career major championship. The win was his first on the PGA Tour and the sixth of his European Tour career.

3) Come to think of it, Kaymer really only wins big tournaments – If you look at his resume, there aren’t too many small-fry tournaments that he’s claimed victory in. Wins in the 2010 PGA Championship, 2014 Players Championship, 2014 U.S. Open, three times at the Abu Dhabi HSBC Champions (2008, 2010, 2011) and the 2011 World Golf Championships-HSBC Champions show that Kaymer shines brightest on the biggest stages. If you’ve forgotten how clutch he can be, just watch this putt from this year’s Players and refresh your memory:

4) He once shot 59 in competition – While it didn’t happen in a European or PGA Tour event, Kaymer is still the author of a round under 60 in competition. It’s no secret that Kaymer can go low when he gets hot, but in 2006 at the EPD (European Professional Development) Tour’s Habsburg Classic, he shot a 13-under 59 — with a bogey on the card. If you don’t think that’s impressive, you don’t care about sports or greatness at all.

5) He’s a Ryder Cup hero – Since Kaymer is such a big-game player, it’s no surprise that, with the hopes of an entire continent resting squarely on his shoulders, he came through with one of the most clutch putts in Ryder Cup history. In 2012 at Medinah, the Europeans had all but returned the favor for the Americans’ record comeback in 1999, and needed just one more point to defend their 2010 title. Kaymer answered the call, burying a tricky putt to break the Americans’ hearts and give the Europeans one of the most dramatic Ryder Cup wins ever.

6) He likes to race cars and play golf in the Alps – As a general rule of life as a golfer, I loathe snow and cold weather and everything about it. Perhaps, though, that’s only because I don’t have the means to do the same things Kaymer does in those elements. Check out this video of the 2010 PGA champ kicking butt in the snow (P.S. I know this is in German; he’s German, deal with it):

7) He can make an ace from anywhere – Sure, this video might be a little cooked up, but a couple of them looked believable? I mean, it’s easy to sit here and moan, “ohh, that’s fake, blah blah blah,” but the fact of the matter is, like most pros, the shots he makes during tournaments on TV seem just as made up as some of the actual made-up ones do. So turn off your cynical brain and just enjoy watching Kaymer pour it in from anywhere and everywhere:

8) Even when he’s just messing around, he’s better than us – So, some of the “aces” made in the last video were fake, sure, but this one isn’t:

Ridiculous. Most of us would do heinous things to be able to make an ace in our lifetime and this guy is so good he can make ’em messing around, skipping it across the water. When you go to bed, you wear Superman pajamas. When Superman goes to bed, he wears Martin Kaymer pajamas.

Related: That One Time Martin Kaymer Skipped Ball Off Pond Into Hole

9) He loves Bon Jovi, Will Smith and Kevin James – Kaymer avoids social media, loves futbol, plays the guitar and wants to play golf with Eva Longoria. It’s amazing what you can learn about a guy in 60 seconds: