A Brief Explanation of Slow Play 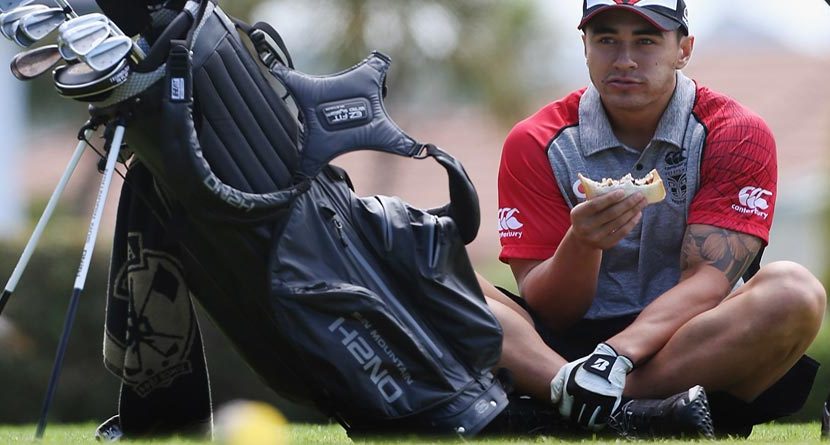 Indulge me for a moment, and engage in the following thought experiment:

You are Nameless Tour Pro, an anonymous face among some 10 dozen hopeful competitors swarming the fairways of Generic Tour Stop. Playing late on the tournament’s second day, you struggle to build momentum on the outward nine and, glancing at an electronic leaderboard pitched near the tenth tee, notice the projected cut line creeping ever closer to your name.

The season hasn’t been going well, and a week that had begun promisingly enough is beginning to subside slowly, fall away into its smoking crater of missed cuts and loss-making making road trips to America’s most bland resort destinations. Wrestling a grim sense of inevitability, you make it to the middle of the 18th fairway intact. A final green in regulation should see you through to the weekend.

A number is agreed upon, a club pulled from the bag, but the hazard short right and bunker yawning long of the putting surface weigh heavily on your mind. As you settle over the ball, the flag begins to flap, begging for your attention. No going back.

Jettison those thoughts of public humiliation, of penury, that background hum that whispers only of doubt and inadequacy. Ignore that dog barking.

Take the club away and… Hit. The. Ball.

But it’s not that easy, is it? And at what point does polite consideration for those bearing witness to your struggle intrude on this dialogue?

The answers, if you’re being honest, are no and nowhere, respectively, and they say more about the way we approach golf now than any number of cliches about inconsiderate pros and the decline of old values.

When those contesting the final round of the Farmers Insurance Open took a little over four hours to cover 11 holes, broadcasters and fans were outraged. And with good reason: course, conditions and circumstance had collided to yield a Tour-approved spectacle of truly mind-numbing tedium.

Watching Tiger meander his way to victory, diligently retracing a path trod on all of 74 prior occasions, it was impossible not to become conscious of the pace at which this would-be drama was crawling to its conclusion. In the absense of any story worth telling, slow play had shuffled forward to take centre stage. It was as if Torrey Pines had become a sort of golfing black hole, stretching and dilating the very fabric of Time.

The next day, USGA President-elect Glen Nager, availed of the moment to declare war on slow play, claiming “now, more than ever, the golf community needs to act.” Though light on specifics, his comments sent people scurrying to the newswires in anticipation of tough new measures targeting country club slow coaches and PGA Tour repeat offenders. Shot penalties! Fines! Bans! A kind of bloodlust took hold.

More often than not, however, slow play isn’t born of a simple lack of consideration. Impoliteness can be a factor at club level, perhaps, mingling with obliviousness or naivety to produce a five-hour fourball, but slow play’s roots lie elsewhere, in the professional game, and there it has nothing at all to do with questions of etiquette. We’re eager to see it classified as a crime, but ultimately, it’s one without a clear motive, committed inadvertently; an unpleasant biproduct of other, bigger changes.

Indeed – and here we return somewhat obliquely to the thought experiment above – the advent of golf as a high-stakes professional sport has, to an extent, coincided with the birth and popularisation of sports psychology. The mind coach has risen to become an indispensable member of the Tour player’s entourage. Therapeutic sessions spent in anguished confession are, in many cases, now considered as valuable as those spent on the range or in the gym.

In other sports, other activities, the principles of positive thinking and the emphasis of routine fulfill a clearly defined function. They occupy the momentary space between one largely automatic event and another: the seconds a sprinter spends crouched in anticipation of the gun, or that stretch of time between the calling of a given play and the snap.

In golf, however, where only the actions of a lone competitor can move events forward, the association of routine and diligent preparation with success has had unintended consequences. Without limits – without the threat of, say, an imminent tackle or pass – self-examination will always tend towards the infinite. No matter how many mental checklists are completed, how many external factors accounted for, there’s always another avenue down which the conscious mind can race, or treacherous doubt waiting to burst from the shadows and plant the knife mid-swing. And though the quest for stillness and mechanised predictability is a futile one, the goal remains seductive nonetheless.

For this reason, the previous decade has seen pre-shot routines on the major tours accumulate layer upon layer of affectation. Yet to reach a saturation point – and how could they? there are no time limits, and fines present no real threat – they’ve become slightly sad barometers of angst and obsessive-compulsive habit. In every practice swing or agonised pause can be felt the burden of a mortgage payment or sense of familial obligation.

If Tiger brought rock and roll to golf, psychologists and gurus ushered in its era of prog-rock. Among their various, irony-free innovations, the bloated pre-shot routine stands apart as something of a trademark – the Tufnel-esque guitar solo of its time. Kevin Na is but Peter Gabriel in soft spikes, all self-indulgence and navel-gazing.

It’s not, then, that the game has lost its old values; merely that the demands of high-stakes competition have pushed them into the background. Golf psychology – professionalism, if you will –  has made us hyperaware of the disaster lurking at the heart of the every lapse in concentration, and tied us to an idea of golf that all too often sees effort and slowness as one and the same thing. For every second spent in self-examination before a shot, it’s believed one edges closer to a state of total preparedness. And if, in actual fact, we’re not worrying or thinking all that hard, we’re still falling over ourselves to convey that impression. Now a worthless commodity, speed has just been crowded out of the market.

My point, essentially, is that as peeved and frustrated television viewers, we like to consider slow play the product of a few bad apples – the Kevin Nas and Erik Comptons of the world – but as players, we’ve bought into the whole culture that legitimates it. Fines look like the solution, but they’ll be nearly impossible to implement in anything but the most extreme circumstances. Slow play – again a little like prog-rock, now that I think of it – might just be an affliction without a quick fix; it could take a generation of punks to see it discredited.