A New Hairdo And Some Hair Don’ts For Ian Poulter 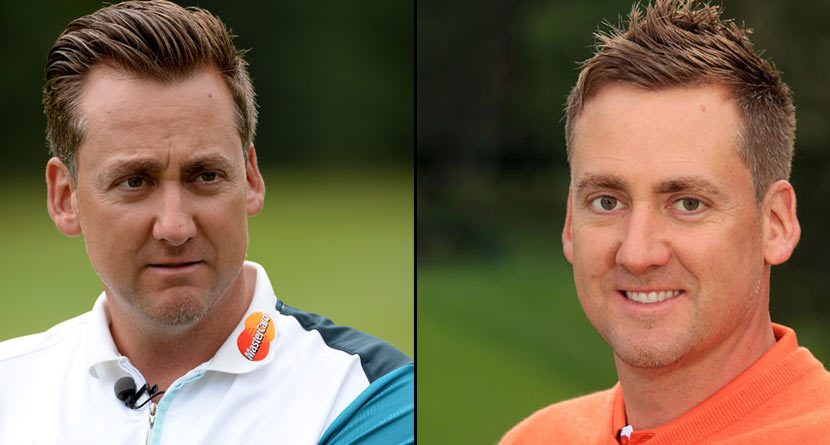 After a down 2014 season, Ian Poulter is making changes. Well, to his hairstyle at least.

As he often does, Poulter took to Twitter. He told the world that he’s tired of his comb-over and that his hair would be back to the old Poulter going forward:

Ok it’s time to get rid of the comb over look. It’s now pissing me off now. Back to the old Poulter.

Of course, Lee Westwood wouldn’t let his mate live down his comments and was quick with a jab at Poulter’s expense:

@IanJamesPoulter L’Oreal will be delighted! In fact their share price just went up!

It appears that Westwood forgot about his past follicle follies — which Poulter was more than happy to point out:

You could have left me some. @WestwoodLee. Looks like you already emptied the store of hair product. pic.twitter.com/tMTYxg9IKj

Later in the day, Poulter posted a selfie sporting his new (old) do while with his son:

It’s always fun when these two Twitter heavyweights go at it over lightweight things. The only winner here might actually be the people at L’Oreal.

All of this did get us thinking — is there a look out there that Poults might be overlooking? There have been some really great hairstyles in the past and we here at Back9Network want to make sure he’s not missing out on anything.

Here are a few ideas for some new dos (and some don’ts) for Ian Poulter: