A Wounded Tiger at The Open 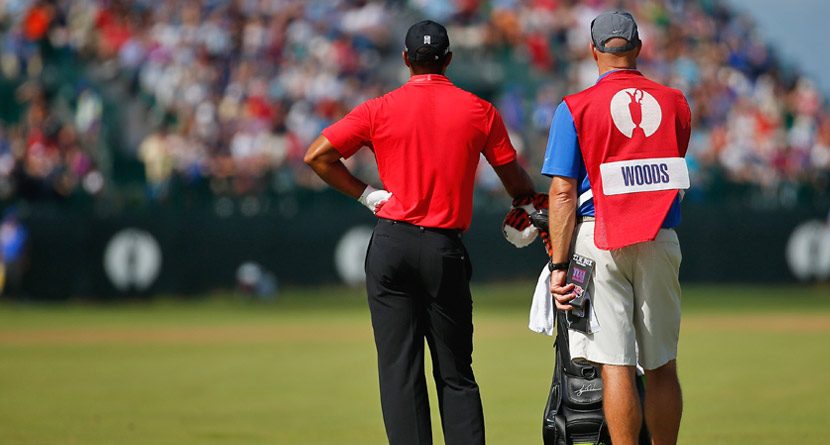 It was bad enough that Tiger Woods finished the Open Championship with a round of 75. It left him 6 over par and in 69th place.

Worse than that for Woods, much worse, was that he finished five shots behind a 64-year-old. No matter that the old boy in question was Tom Watson, who thrilled the galleries with a closing round of 68.

Watson is the man Woods will be depending on for a wild-card selection to play on the American team in the Ryder Cup at Gleneagles in September. On the evidence of these past four days, Woods may well be saying to Watson: “Tell you what skipper, why don’t you play and I will just stay at home and watch on television.”

Woods arrived at Hoylake telling anybody who was prepared to listen that only victory would do, and that he wouldn’t have crossed the Atlantic unless he believed he could lift the claret jug. He was kidding nobody but himself.

Anybody who watched the 14-time major champion here will not have recognized him as the giant who dominated this great game from 1997 until 2008. Can he ever come back? He will tell us that he can. And let’s hope that he is right.

But this is a major championship he will want to forget in a hurry.