Adam Scott Announces He Will Skip The Olympics 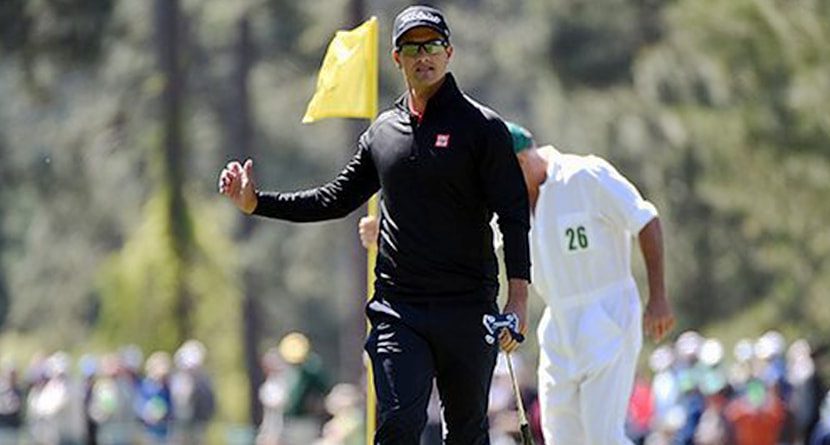 No offense to Vijay Singh, but the first big domino has fallen in the build-up to golf’s return to the Olympics in 2016. World No. 7 Adam Scott announced late Tuesday night that he would not be representing Australia in the games, citing a busy PGA Tour schedule.

Adam Scott OUT of #Rio2016 Olympics. Marc Leishman NO certainty 2 be replacement as health risks must be cleared. https://t.co/0EtDwIcoml

Scott released a statement detailing his decision to the Australian Assoicated Press.

“My decision has been taken as a result of an extremely busy playing schedule around the time of the Olympics and other commitments, both personal and professional,” said Scott.

“I have informed the Australian team captain and relevant authorities, who are understanding of my position and I wish the Australian Olympic team the very best of luck in Rio.”

World No. 34 Marc Leishman now becomes the next man in line to represent Australia in Rio, but given the health concerns facing his wife, Audrey, and the outbreak of the Zika virus in Brazil, he is no lock to make the trip either.

“I am aware I am now next in line, but I must make sure I get all the relevant information because this will be a big decision for me and for my family,” Leishman told AAP.

“I will have a meeting in the next few weeks with the Olympics guys and get all the answers to my questions before making a decision.

“There is no question I love representing Australia any chance I get, but the health of Audrey and my family is obviously of the highest priority.”

World No. 1 Jason Day is expected to play. Should Leishman decide to forgo his qualification, Marcus Fraser (66), Matt Jones (70), Scott Hend (86), Steven Bowditch (91), John Senden (99) and Cameron Smith (107) would be in the running for the final Aussie spot.