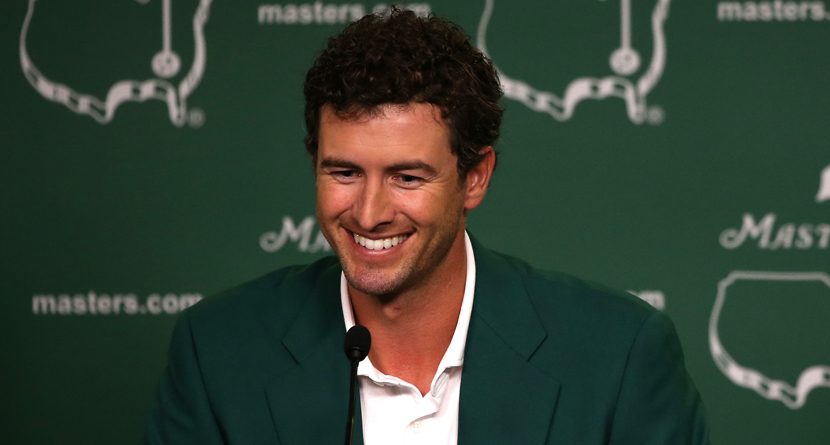 That’s usually what happens when someone becomes a major champion.

The Australian slipped into his new green jacket — wearing a white Uniqlo shirt with a Mercedes-Benz logo on the chest — once in Butler Cabin for viewers watching the tournament on TV and again on the 18th green for Augusta patrons.

Clearly, Scott’s victory certainly carries a cash value. And we’re not just referring to the $1.44 million he earned from winning the tournament. A host of new sponsors will begin lining up to offer him more money to pitch their products.

Speaking of people lining up to meet Scott, he’ll no doubt see an uptick in women offering their phone numbers to the 32-year-old.

In the past, Scott has dated the former No. 1 tennis player in the world, Serbian Ana Ivanovic. The pair dated in 2010, broke up in September of that year and got back together in 2011 before finally splitting for good in 2012. Another famous woman Scott’s been linked to is actress Kate Hudson. The couple briefly dated in 2009.

Today, we noticed that the Bachelor is apparently interested in pursuing Scott for a role on the show.

So yeah, Scott’s life has most certainly changed. And, as far as we can tell, he’s currently eligible.