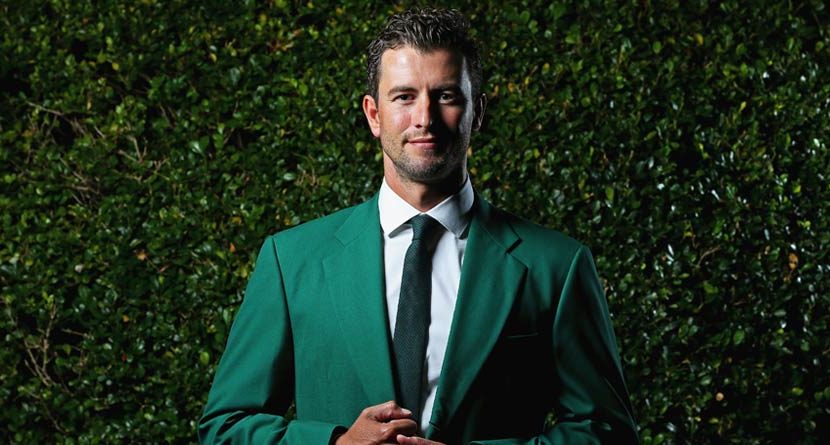 Long known as one of golf’s most attractive males, Adam Scott is spoken for. Sorry ladies.

The world No. 2 golfer – who could’ve become No. 1 this week at the Players Championship if he hadn’t flubbed his way to a 5-over 77 on Thursday – secretly got married to his longtime girlfriend, Marie Kojzar, three weeks ago at Scott’s house in the Bahamas. Only a few friends and family members attended, while Scott wore a suit and bow tie and his bride donned a “non-traditional” dress. “It’s official. I am a settled down man and very happy,” Scott told the Australian Associated Press. “We just decided to get on with it, we’ve known each other long enough, let’s go and jump right in the deep end. It was just our family and a few friends and obviously there are a lot of people we would have liked to have had there who weren’t but we decided to have a very low key affair.

“It was more about not building it up into something too big that may have gotten out of hand but it was a fun event for everyone who was there and hopefully we will have fun celebrating with other friends when we catch up with them.”

Scott, 33, and Kojzar, 32, first began dating nearly a decade ago before splitting up. They got back together prior to Scott winning his first major, the 2013 Masters. Kojzar works as an architect and hails from Sweden.