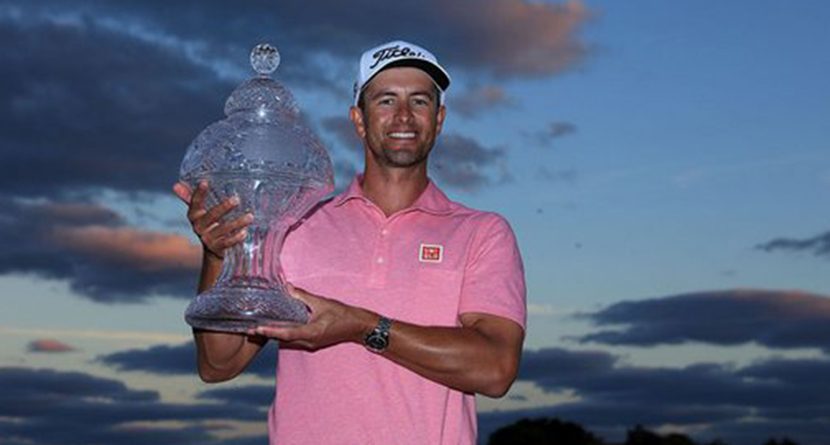 Adam Scott outlasted Sergio Garcia to claim his 12th PGA Tour win and first since the 2014 Colonial, a drought that spanned 36 tournaments over 21 months. It also marked Scott’s first win since the enactment of the anchor ban at the start of 2016, of which he was one of the most well-known users.

Tied with Garcia entering the final round, Scott played steadily making three birdies and three bogeys while Garcia struggled to string consecutive good holes together. For Scott, it was an affirmation of what he’s been telling himself.

“I want to feel somewhat relevant out here when it comes to being one of the best players in the world,” Scott said. “That’s just down to my results. There’s no other way. You can talk it in your head and try and build yourself up as much as you want, but at some point, you’re going to have to have the results to actually prove it and achieve.

“I like where things are at,” he said. “And hopefully, it’s a move in the right direction to be in that top 10 player in the world.”

Scott did in fact slide into the top-10 in the world, checking in at No. 9 this week. He’ll be in the field at the first World Golf Championship of 2016 this week at the WGC Cadillac Championship at Doral.

Memorable Moments From the Final Round

The pants came off for this shot …

This is picture perfect. What a beautiful shot. #QuickHits https://t.co/cELQ6uRj0T

All over it and nearly an ACE! https://t.co/fjB1WikZuM