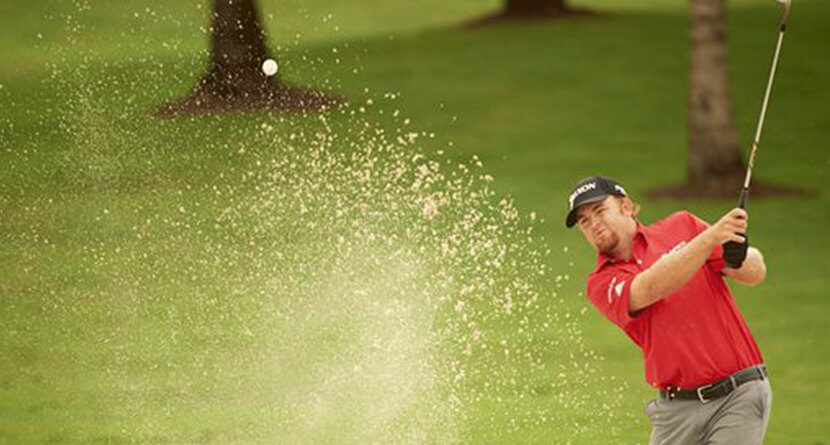 Every year around this time, we get to see our favorite Tour pros walk in our shoes a little bit. Flying private from most players’ U.S. home base to Europe for their Open Championship preparation is too big of an expense, so they’re stuck dealing with the airlines like us normal schmoes. And as anyone who has gone on a golf trip can attest, the scariest part of taking your clubs on a plane is wondering if they’ll end up where you do.

For four-time PGA Tour winner J.B. Holmes, that nightmare became a reality this week. Traveling from the WGC-Bridgestone Invitational in Akron, Ohio to Inverness, Scotland for the Scottish Open, Holmes left his most prized possession in the hands of the folks at United Airlines and Aer Lingus.

2 p.m. The day before #TheScottishOpen and @AerLingus still has not found/gotten my clubs here… @GolfChannel #thisstinks

With time running out before his tee time on Thursday at Castle Stuart, the European Tour came to the rescue, tracking down Holmes’ clubs with hours to spare.

Thank you to @EuropeanTour, the R&A, and #The ScottishOpen staff… Got them at 7:00 and off to practice @DBParsons pic.twitter.com/89aSClNeee

The stress of not having his clubs, combined with a lack of practice time seems to have taken its toll, however. Holmes shot an opening-round 8-over par 80. No word yet if he was drug tested after the round.

Welcome to Scotland — J.B. Holmes may have found his clubs, but his swing is somewhere still over the pond. He is +7 thru 8 holes.