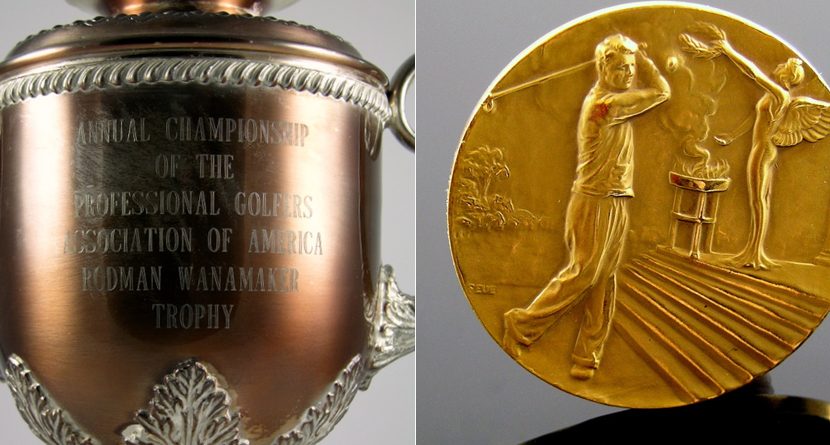 Last week we told you about Al Geiberger’s massive sell-off, in which he was auctioning a large chunk of his personal golf collection. Among the items up for grabs were the Wanamaker Trophy from his 1966 PGA Championship win, the golf clubs he used to become the first PGA Tour golfer to shoot a 59 (in 1977), and the gold medal he took home along with the Wanamaker Trophy.

Well folks, let’s hope you got your bids in because the auction closed Sunday morning.

That’s a lot of money for a hunk of metal that’s just 15 inches tall and weighs 8 pounds, 9 ounces. The original Wanamaker is what the winners pose with every year, and then they are given a replica to take home, drink beer out of or even use as a cigar ash tray. There’s also an option to purchase a larger replica, which, according to the Associated Press via Yahoo! Sports, weighs 44 pounds.

But seriously, taking into consideration what Geiberger accomplished during his career (30 wins as a professional), 62 grand doesn’t seem like that much for a golf fan who clearly has some extra cash lying around. And the auction stipulates that the winning bidder can travel to Palm Springs to meet Geiberger and pick up the trophy. That’s a nice perk.

A few other notable items that were sold:

There’s not any information about the money clip on its auction page, but we included it here because it was the only item we could afford. Although it’s clear we would never have enough cash in the thing to match its value.

Did you bid on any of the items in Geiberger’s collection? Did you win any of them?