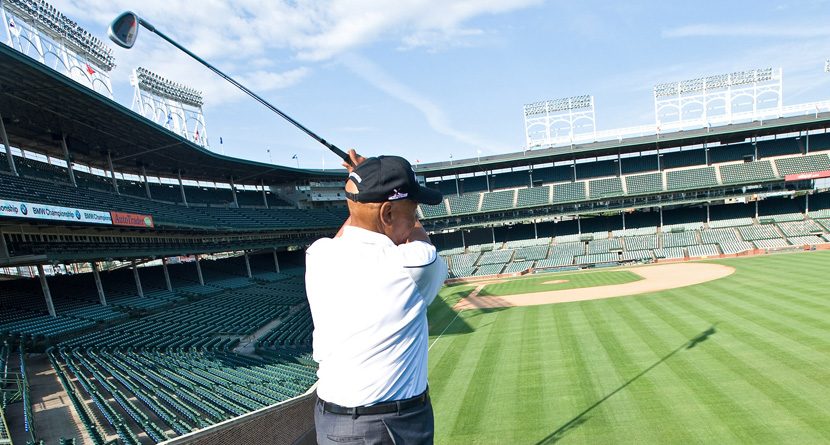 It’s All-Star week in Major League Baseball, which makes it the perfect time for Back9Network to select our all-star squads comprised of golfers. So we asked our writers if they were up to the task. Of course they were.

The simple rules: Select an all-star from the PGA Tour, LPGA Tour and Champions Tour, then complete the foursome with an amateur. A player is off the board once he/she has been picked, as the theory is that these foursomes will square off in an all-star tournament.

Here are the lineups:

First of all, I’m pretty sure I used to have a VHS tape under my mattress with that same title, but I digress. PGA Tour: Even though he’s had a rollercoaster of a year between the PGA and European Tours, Graeme McDowell has to be my first choice for this slot in the foursome. He’s missed a few cuts this season, but he also has three wins worldwide and is by far the most accurate player off the tee on either Tour. I’ve actually played golf with G-Mac in the past, so I’d like another chance to score a VIP invite to Nona Blue.

LPGA Tour: I’m sure Ackerman probably wants to take Inbee Park with his pick, so I’m going with Stacey Lewis. Formerly ranked No. 1 in the Rolex World Rankings, Lewis is by far the best American player on the planet. Plus I have a friend that looks EXACTLY like her, which wins extra points in my book.

Champions Tour: Freddie Couples, without a doubt. Actually, Steve Elkington would have been another good choice since he’s also a bit of a smart-ass, but there isn’t a cooler cat in the game than Freddie. The fact that he can still legitimately win on either the PGA or Senior circuit makes him a no-brainer choice.

Amateur Golfer: Gotta go with Michael Kim with this pick. I know Tianglang Guan is getting all the attention these days, but Kim has proven himself a winner already. He is also ranked No. 2 in the Amateur World Rankings thanks to strong showings at the US Open, Greenbrier Classic and a slew of amateur events.

Yep, I do like the front-runners, so that makes the picks for my All-Star Foursome pretty easy. PGA Tour: I’m gonna go out on a limb here and pick… Tiger Woods. There’s no other way to look at it: He’s the best player in golf. He’s enjoying his best year since 2009. He’s the reason most people tune in to watch golf. Any all-star golf team I put together has to have Tiger.

LPGA Tour: If you’re going to give me Inbee Park, I’ll take her. She’s the hottest golfer in the world right now, on the verge of a Grand Slam. And we could settle the debate of best golfer on the planet. Who wouldn’t pay to see Woods and Park in the same foursome? Well, hopefully I wouldn’t, considering I’m putting this team together.

Amateur: I’m taking Lydia Ko, the 16-year-old from New Zealand. She’s the next Inbee Park — ranked 16th in the women’s world rankings, No. 1 in the female amateur rankings, and the youngest to ever win an LPGA Tour event. All I know is that when I was 16, I was lucky to drive a ball into the fairway.

Champions Tour: Kenny Perry leads the Schwab Cup standings and Bernhard Langer is atop the money list, so I guess I should choose one of those guys, right? Well, I’d rather have Tom Watson so I can pick the brain of the 2014 U.S. Ryder Cup captain. Maybe he’ll give me inside info on who he’s leaning toward picking.

Since I’m picking last, I guess that means I’m getting the shaft on who I take. Here goes nothing … PGA Tour: Brandt Snedeker. I like Brandt. Ever since his third-place finish at the 2008 Masters, despite his blowup-like, final-round 77 that weekend, I’ve been a fan. Maybe it’s the wide-brimmed visor he rocks every week. I don’t know. But what I do know is that he’s got one victory, two runner-ups and a third-place result this season. Overall, he’s placed in the top 10 seven times and in the top 25 nine times. He’s third in the FedExCup standings. I’m looking for consistency. Brandt is my man.

LPGA Tour: I’d love to go with Michelle Wie here, but she’s largely been a bust, in my opinion. And she recently pulled out of the U.S. Women’s Open. My other favorite would have been Natalie Gulbis, but she just got engaged and is off the market. I suppose that leaves me with Suzann Pettersen. She’s earned close to $1 million this season thanks to a victory and six top-10s. And the absence of an “e” at the end of her first name is an interesting call.

Amateur: Have to take Tianglang Guan. Any amateur that can shake off a slow-penalty AT THE MASTERS, and then go on to make the cut and win the low amateur title at the year’s first major, is a smart pick in my book. I just hope he doesn’t take too much time before hitting his shots … otherwise he could be known as the next Sergio Garcia, what with the waggles and all.

Champions: Fonseca had to take Freddie Couples, huh? Did you know he’s my favorite golfer of all time? And did you know that he nearly hit me with his backswing once because I stood my ground behind an errant tee shot he once hit into the rough? If I must pick someone else, it will be Rocco Mediate. And, come to think of it, he’s not so bad of a pick. He went toe to toe with Tiger Woods at the 2008 U.S. Open. This season on the Champions Tour, Rocco has played in 12 tournaments and has one victory, four top-10s and eight top-25s.