Along The Cart Path:~A Chief Plays Among Us — On His Course 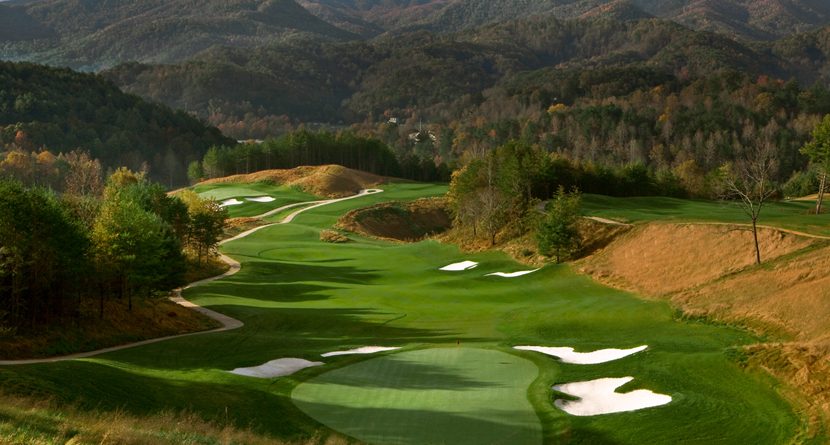 Being a member of the media has its advantages. We get invitations to grand openings, newly designed and redesigned golf courses, golf clubs and resorts. Usually the story is the course, but sometimes the story is about an individual. In this case I came to realize there are leaders and there are chiefs.

I accepted an invitation to play golf at Sequoyah National Golf Club, a Robert Trent Jones, Jr.- and Notah Begay III-designed course about 45 minutes west of Asheville, N.C. Like many of the courses in the western part of the state, this course did not disappoint with rolling hills and spectacular views. This course though, is owned by the Eastern Band of the Cherokee Nation and is near the casino it owns, Harrah’s Cherokee Casino and Hotel.

My golf partners and I had a great day playing the course and enjoying the views of the Great Smoky Mountains National Park. We were following a foursome that was playing quite well and seemed to be having a lot of fun. When we finished the round we introduced ourselves to the foursome we had trailed and the real fun began.

Playing that day in that foursome was Chief Michell Hicks, who heads up the Eastern Band of the Cherokee Nation. Fairly young, Chief Hicks displayed an air of confidence and leadership as he talked about his land, people and their many businesses. The tribe’s Principal Chief is elected every four years through a democratic government controlled through a Corporate Charter and is responsible for the Cherokee Nation’s day to day business operations.

Meeting Hicks and hearing his story was an honor that day.

The first thing I learned upon meeting him was where the name Sequoyah came from. Sequoyah was the name of a Cherokee warrior who also invented the Cherokee alphabet. Hicks said that the Cherokee language is still very much used and without it they would lose their identity.

The golf club, casino and hotel are located on the homelands of the only Indian tribe in North Carolina that is recognized by the federal government. Revenues from the casino have turned around the Eastern Band of Cherokees. Over 4,500 people are employed by the Eastern Band with new jobs being added yearly. Hicks said that while the casino business was growing rapidly, the one amenity that a demographic of gamblers repeatedly asked for was a place to play golf nearby. That is how the idea for Sequoyah National came about. If you give gamblers the perfect package of golf, great food, entertainment and gambling in this beautiful setting, you have the perfect casino resort experience. The $16 million investment seemed like a logical business decision.

While many players may be on top of their game, Chief Hicks was on top of everything the Eastern Band has its hands in. An intelligent businessman, he was quick to answer any questions about the course, casino or hotel.

Since that first meeting at Sequoyah National, I have seen Chief Hicks in the news quite a bit. Live games like blackjack, roulette and poker have been added to the casino’s gambling lineup. The casino and hotel has completed an expansion that doubled its size, and talks are under way to build a second casino in Murphy, N.C.

If you like gambling and golf, you may just run into the “Chief” if you visit Sequoyah.