Along the Cart Path:~Food for Thought 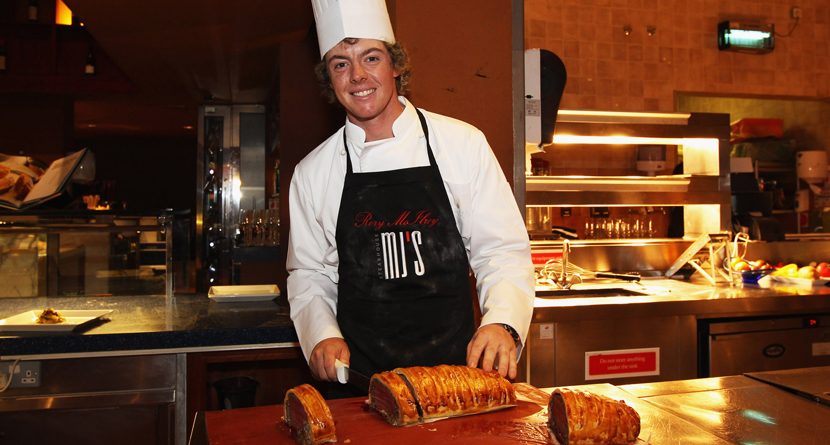 We just returned from our annual trip to the PGA Show in Orlando, Fla. I just can’t go to Florida and not play some golf. I went with a friend of mine to a local course in the heart of Orlando. We were lucky to get a tee time as there was a tournament going on.

We paired up with two other locals and got ahead of the ladies’ tournament so that we were able to finish in about four hours. Not an easy feat these days. But that’s not the story.

One of my playing partners, Kevin, said he lived across the street from the course and operated a local business around the corner. Now in its fourth generation, the business was started by Kevin’s grandfather some 60 years ago in another state, passed it on to his son (Kevin’s dad) and, until recently, Kevin had headed up the day to day operation in Orlando. He had now passed the torch to his son, who had for the past few years been learning the ins and outs of running the family business.

We played 18 and had a great time. No one played outstanding but I didn’t care. It was warm and sunny, a far cry from the freezing temperatures back home.

At the end of the round, Kevin said, “Come with me, and I’ll treat you for lunch.” That business of his, around the corner, was a sub shop, a local landmark. Packed with customers and a line out the door, Kevin bought us each a sub and we sat down and heard about the history of the shop.

Kevin’s grandfather had actually started the family sub shop back in Philadelphia. Kevin’s dad had worked at the shop as a young boy, learning everything he could so that some day he could take over the business. His dad married at a young age and decided he wanted to move to Florida and open his own sub shop. He was tired of the cold winters in Philadelphia. He chose Orlando because of its central location, never anticipating that Disney would, in later years, change the scope of the entire area.

So, he set up shop in an area close to downtown, near one of the original golf courses built in central Florida. The shop was also adjacent to the local high school.

Kevin attended that high school and, after school, he would go to the shop to learn the business as his father had before him. After graduating from high school he went on to play football at Florida State and received a business degree, a further step in solidifying his takeover of the family business. At about the age of 25, Kevin took control of the shop. His dad retired to travel the U.S. with Kevin’s mom in their RV. Kevin maintained control until his own son reached about the same age and then he handed him the reins.

I enjoyed hearing the story Kevin told that day. This is how America was built. Local businesses run by families and passed on down through the generations. Kevin was proud to tell his story as well he should. And that sub. One of the best I’ve ever had. Hard work, good quality food, and satisfied customers. It doesn’t get much better.