Americans Are Dominating Golf, and It’s Not Even Close 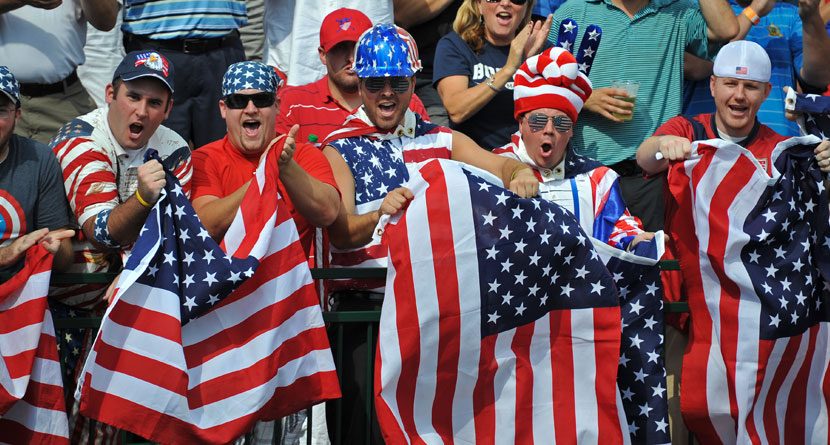 In celebration of the United State’s birthday, there’s no better time to look at the dominance of Americans on the PGA Tour.

If those statistics aren’t enough to prove this trend, just look at the FedExCup standings. Currently, Americans hold nine of the top 10 spots, and 13 of the top 15. Only four players have multiple wins on the PGA Tour in 2014, three of which are American. And there’s plenty of “young guns” dominating, as well.

The last four PGA Tour Rookie of the Year awards have gone to Americans, those being Jordan Spieth, John Huh, Keegan Bradley and Rickie Fowler. Since 2000, 11 players from the U.S. have won Rookie of the Year, compared to just three for international golfers.

While these numbers are absolutely staggering, it seems that the success of Americans on the PGA Tour is overlooked. Maybe it’s because of the plethora of international golfers winning major championships of late.

Since 2010, 11 of the last 18 majors have been won by non-Americans, with Martin Kaymer’s dominant victory at the 2014 U.S. Open being the latest. Often, we look at major championships as a gauge for success in golf, and rightfully so. They’re the most important tournaments in the world. But they’re not the only important ones.

Take a look at the 2013 season. Tiger Woods won five tournaments, but not one was a major. While he won Player of the Year, his success went somewhat forgotten because of the absence of a major title.

Regardless, the performance of Americans on the PGA Tour is impressive, especially with the Ryder Cup coming up in September. The U.S. will look to follow up its win at the Presidents Cup in 2013 with another victory at the Ryder Cup, and it appears to be in good shape to do so.