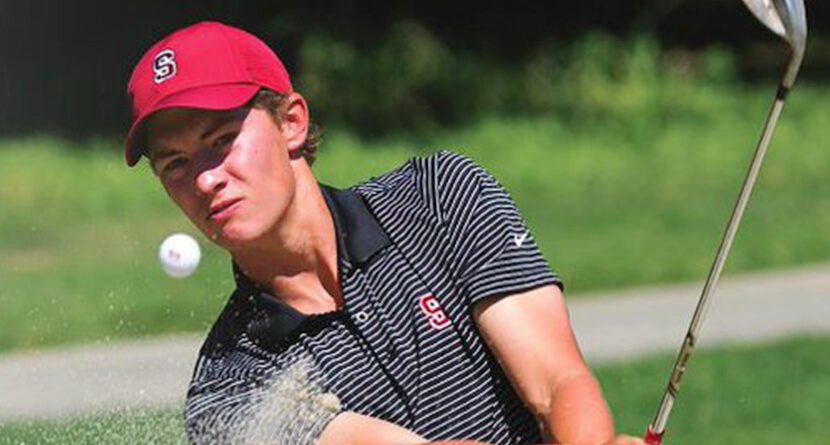 Maverick McNealy has a lot of things going for him. First of all, his name is awesome; secondly, he’s the second-ranked amateur in the world; and third, his dad, Scott McNealy, is the billionaire co-founder of Sun Microsystems.

Enjoying a comfortable childhood, Maverick has become the best young American golfer in the world, a tribute to his skill and work ethic. Why, then, might the can’t miss prospect be considering a professional career outside of golf?

Less than a year from his expected graduation, McNealy said he is seriously considering passing on pro golf for a career in business, a decision that would be virtually unparalleled in the modern world of big-money sports.

“I still don’t really know what I’m going to do with my life,” he said.

McNealy, the second-ranked amateur in the world, is not the typical golf prodigy. The sport has not consumed his entire life. He also played hockey and soccer before college. And the potential riches offered by pro golf aren’t as much of a draw for him.

His father, Scott, co-founded Sun Microsystems, the Silicon Valley giant acquired by Oracle Corp. for $7.4 billion in 2010. And while Maverick said he intends to become financially independent, both he and his father view pro golf as something less than a higher calling.

“Part of the challenge for Mav and the thing I worry about most,” Scott McNealy said, “is will he get intellectually bored after three years, trying to spend eight hours a day on the range, playing six-hour rounds and traveling around like a gypsy?”

The elder McNealy recalled a conversation they had late last year. Maverick said if he were to turn pro, merely winning a few tournaments wouldn’t be worth it. His father named a golfer who had won two major titles but wasn’t a top-10 player and asked if that kind of career would satisfy him. The answer was no. What if he could become the next Jordan Spieth? “He said, ‘Well dad, I’m not even sure that does it for me,’” Scott McNealy said, “so he’s wrestling with it.”

Talk about having a lot to live up to and not only on the course. When you’re a billionaire’s son, it’s tough to settle for just becoming a millionaire.