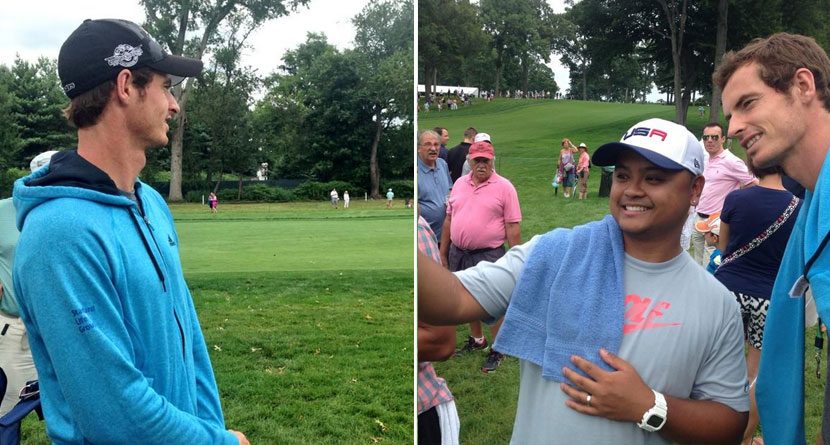 The U.S Open Tennis Championships are in New York next week, so many of the players are already in town. No. 9-ranked Andy Murray is one of them, and he decided to head over to New Jersey to check out his good friend Rory McIlroy at The Barclays.

Murray was on the course on Friday, watching how the No. 1 player in the world hits a golf ball.

.@andy_murray watching McIlroy play the fifth. The two have been friends since meeting at Wimbledon in 2011. pic.twitter.com/SA51XKbTW9

Murray also stopped to take a selfie with a fan, because why not.

There was one person unhappy with Murray’s presence at The Barclays, though … Jimmy Walker’s wife, Erin.

Hey — @andy_murray! Down in front! Trying to watch my husband putt! pic.twitter.com/USfR4Ucn6d

Murray is actually a pretty good golfer, too. He used to play often, and apparently he’s never lost a golf match for money.