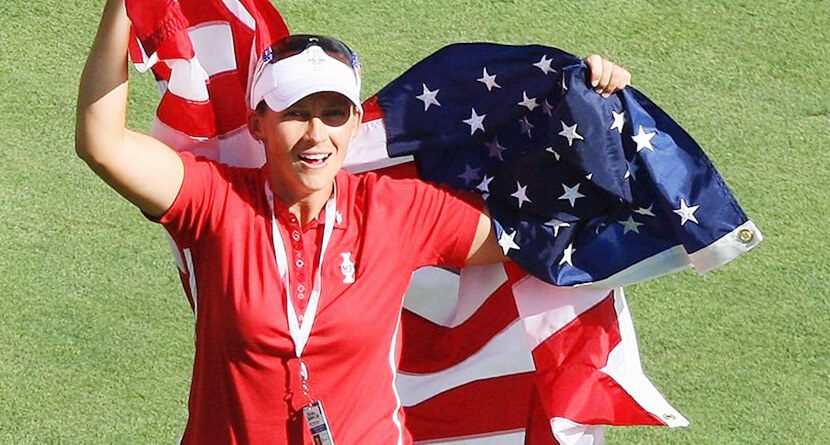 The LPGA Tour is San Martin, Calif. this week for the U.S. Women’s Open, the tour’s third major championship of the season. Halfway through the proceedings there are 16 players within five shots of the lead and one of those women is Angela Stanford, a five-time LPGA Tour winner.

Stanford was even on her second round heading into the par-4 6th hole when a perfect drive left her 90 yards from the middle of the fairway. Stanford flew her approach exactly 90 yards.


She would play the rest of the round in even par to sit at 3-under par for the championship heading into the weekend.

Sung Yung Park leads the way at 8-under par 136 through 36 holes, chased by Amy Yang at 6-under par and world no. 1 Lydia Ko two shots back after a stellar 66 on Friday.

She birdied to cap a 6-under 66 in Round 2. #USWomensOpen https://t.co/laWrnUNKBi