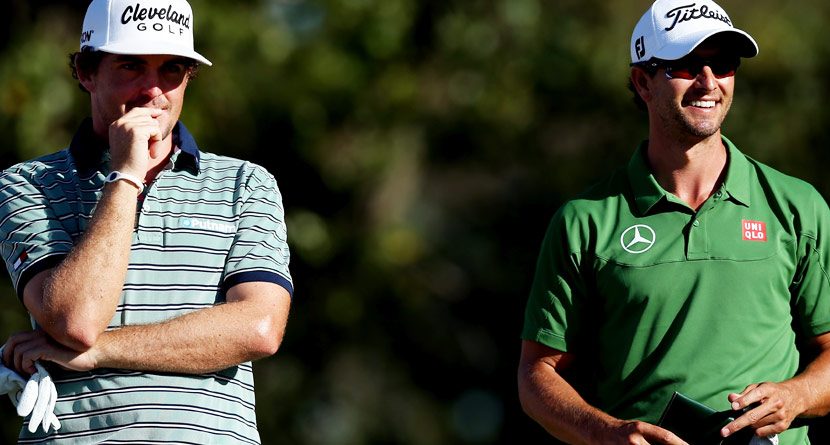 Have you ever wondered what the guys and gals on the PGA and LPGA Tours think about their peers? How about their feelings on controversial events during the course of the season? How about the players who they’d trust with their lives?

Golf.com released an anonymous player’s poll this week, and those questions and more were answered, giving all of us golf nerds something to talk about. Here’s a look at some of the questions, answers and anonymous comments:

Will Phil Mickelson win a U.S. Open?
Of the nearly 200 players polled, 68% believe that Lefty will finish off the career grand slam and win a U.S. Open. That leaves 32 percent who think he’ll fall short. One player admitted, “I’m not the biggest Phil fan, but for the game and his career, I hope he wins one.” You have to believe, fan of Phil or not, that that is probably the prevailing sentiment around the tour.

Does Steve Williams belong in the World Golf Hall of Fame?
This is a pretty fair question and one you might not think about that often. Williams has caddied for Adam Scott, Tiger Woods, Raymond Floyd, Greg Norman and Ian Baker-Finch over the course of his career. He’s won close to 150 times in his nearly 40 years on a bag. That being said, 81 percent of the players polled don’t think he’s worthy of being in the hall of fame. I guess they’d like it to be a “player’s only” honor?

Will Sergio Garcia win a major?
The answer to this question might surprise you, though it probably shouldn’t. Sixty-six percent believe that Garcia will, in fact, win a major before his career is over. The 34-year-old Spaniard has said before, during one of his many mini-meltdowns, that he won’t win a major, but most of his peers still have faith. Thirty-four obviously isn’t that old and most believe Sergio’s major fate is controlled more by himself than any other contributing factor.

Will Adam Scott or Keegan Bradley win a major after the anchoring ban?
A ban on the anchored putting stroke will go into effect in 2016. After that date, major champions like Keegan Bradley and Adam Scott will have to abandon the putting stroke that brought them so much success. Of the players polled, 77 percent believe Scott will claim major glory again after returning to a conventional stroke. Surprisingly, 56 percent of players don’t believe Bradley will. Sounds like Keegan might have some impressing of his peers to do?

For the full gallery and poll results, visit Golf.com.