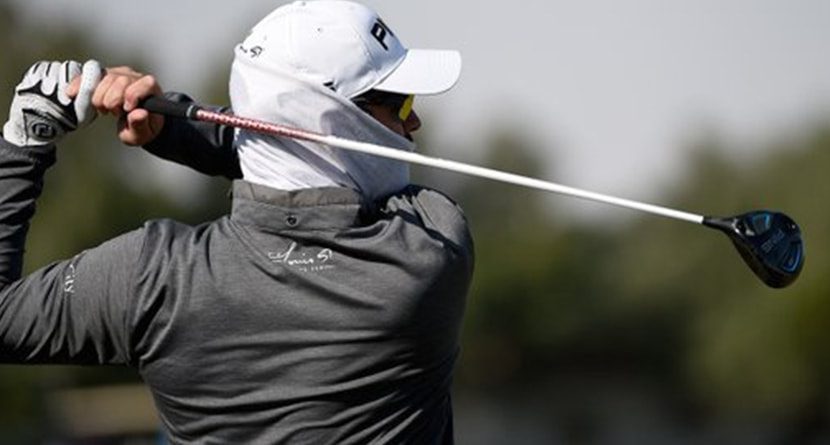 Anonymous Tour pros are all the rage these days. From @secrettourpro on Twitter to Golf Digest’s monthly installment of the “Undercover Tour Pro,” the line between access and attribution has become decidedly blurry when it comes to getting the dirt on the professional tours.

Then again, who can blame these guys when they request anonymity? There’s so much sponsor money and possible endorsements on the line that they don’t want to jeopardize any possible income because they wanted to vent a little. That’s not even mentioning the fines that would likely come from the Tours they play on for “conduct unbecoming of a professional” for some of their barbs.

So, every time one of these player polls or articles pop up, we feel like we get a little glimpse behind the curtain even if we don’t know who’s pulling it back. A perfect example are the pair of behind-the-scenes looks from the aforementioned Undercover Tour Pro in this month’s Golf Digest and the first installment of ESPN.com’s Player Confidential.

First, the UTP, who this month voiced his disdain for playing the PLAYERS in the PGA Tour’s backyard.

But the setup is only the start. The main problem is, it’s the office. PGA Tour headquarters is right there in Ponte Vedra Beach, so it’s like you have 300 people running around who all think they’re your boss. And the golfers aren’t the only ones who feel this. Last year I was hitting balls on the range, and in the span of 40 minutes I witnessed three different suits tell the same assistant superintendent to rearrange the practice area three different ways. Our tour is a bureaucracy like any big organization. People who are overpaid and under-worked try to assert power in pointless ways. And the Players is a major for it.

ESPN’s anonymous pro tackled some different issues in the game, such as the schedule, the Olympics and the game’s new era. Here he is on what it really means to the rank and file on the PGA Tour to play in the Olympics.

Q: Which would you rather have, an Olympic gold medal or a win in a PGA Tour event?

A: I’ll take my [PGA] win every day of the week. You know why? Mine pays money. I gotta live. I gotta eat. I gotta pay bills. Mine paid me a million dollars. And a two-year exemption on tour. What is the Olympics going to give you? You know who [picks an Olympic win]? You know who says that? The guy who is already making $30-40 million a year. He doesn’t care.

The guy who’s No. 1 in the world, if he’s [an American], let’s say [the guys who are Nos. 3 and 6 in the world rankings], those guys are making a lot of money. They’ve got multiple wins. … Of course they’re going to give you that answer. … I’ll give you a bet: You go to [a PGA Tour event] and say, go up to a 100 to 125 guy on the money list last year and go, “Would you rather take a PGA Tour win or an Olympic [gold medal].” You can have a PGA Tour win and a million dollars, plus a two-year exemption, and you’re counting your contract money or an Olympic win with zero money and zero contract money. You know what the answer is. …