Another Major Championship Mess Up 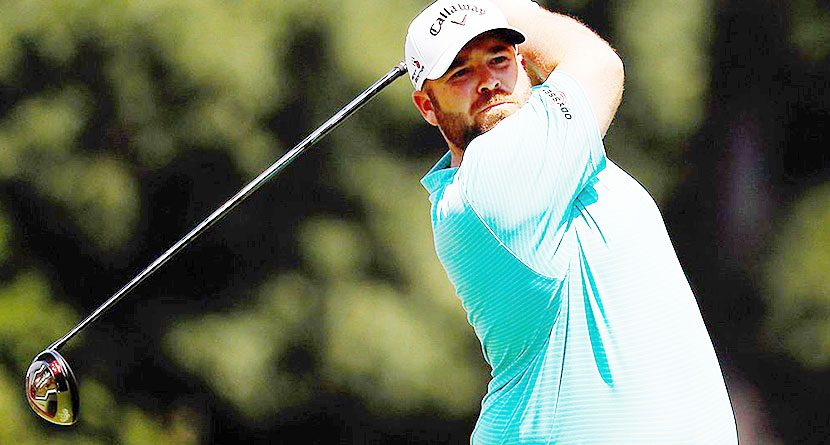 The second round of the PGA Championship got off to an inauspicious start on Friday morning. Despite some decent rain falling, players teed off Friday morning at their scheduled start times, but there was a problem with the pin sheet.

On the left is the original pin sheet the first group off of No. 10 was given and on the right is the correct pin position for No. 10 that was handed out to the remainder of the groupings. The location sheet for Friday’s second round of the PGA Championship, which is provided to players to let them know where the pins will be that day, said the hole on No. 10 was on the left side of the green. Somehow it was actually on the right side, and the error wasn’t caught until the first group of the day off No. 10 had already hit their second shots into the green.

The PGA Rules Committee decided the hole would remain where it was for the rest of the second round, and new location sheets were given to the players.

PGA Chief Championships Officer Kerry Haigh met with the players in the first group — Colt Knost, Joe Summerhays and Yuta Ikeda — after they signed their cards to offer an explanation and apologize. Summerhays parred the 460-yard par 4, Knost and Ikeda bogeyed it.

Both Knost (+2) and Ikeda (-3) will play the weekend, but Knost had to sweat out the cutline the rest of the day. He didn’t officially have a tee time on Saturday until after 7 p.m. Friday night, some six hours after his round finished, and he was not pleased.

PGA trying its hardest to trump the USGA

Look guys I think I can complain when we r given a wrong pin sheet. I was the first group. we went through they changed it. Not out of line

Knost and Ikeda will be chasing down Jimmy Walker and Robert Streb who share the 36-hole lead. Here are the complete highlights from Friday’s second round.