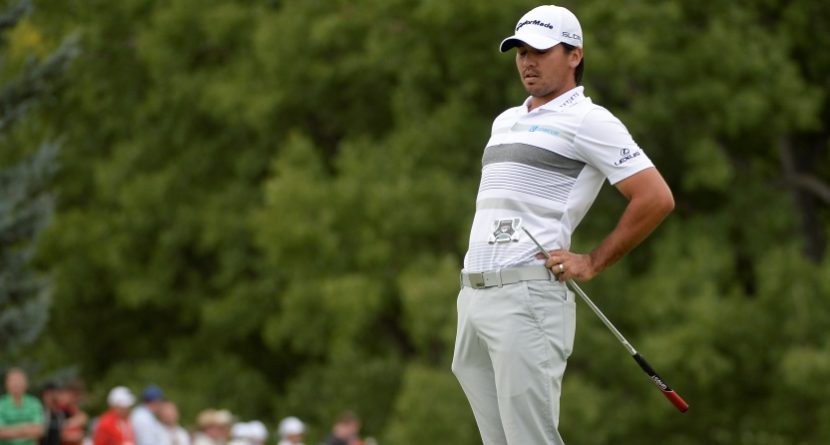 With a 3-under-par 67 at the Tour Championship on Thursday, Jason Day entered Friday just a shot off the lead – a remarkable scenario considering he had to withdraw last Friday at the BMW Championship due to a lower back strain.

Credit his physical therapists for getting him ready to play in Atlanta. But according to Day, his first-round score could have been even better without such lengthy massages.

“With the withdraw from last week’s BMW Championship Friday, getting at least two sessions a day, anywhere between two and four hours, that much work can definitely mess with your timing, mess with the sync of the swing, just because things are moving a lot better than what you’re used to,” Day said in his post-round press conference. “That’s why there was a few loose shots out there.”

So … do you want the back stiffness or not? We’re pretty sure those therapists can do something to keep that thing tight, if you want.

If Day spent less time on the trainer’s table Thursday night it didn’t make much of a difference; he carded another 67 on Friday and sits two shots off the lead. And impressively, he did it without his normal caddie, Colin Swatton, who sat out with his own back injury. Swatton made it through just seven holes on Thursday before having to pull out due to a pinched nerve in his back. He wanted to return Friday, but on the bag again was Day’s mental coach, Jason Goldsmith:

Day had an MRI done last week on his back, and when it came up clear, he chalked it up to “golfer’s back.” Then he elaborated: “It turns out my legs are too strong for my core and it is adding stress to my back, so I really have to strengthen my core over the off season to try and lessen the impact.”

Yeah, Day has some nice legs, which he showed off at the PGA Championship. Speaking of which … might the back injuries for this duo be traced to traversing through that creek at Valhalla?