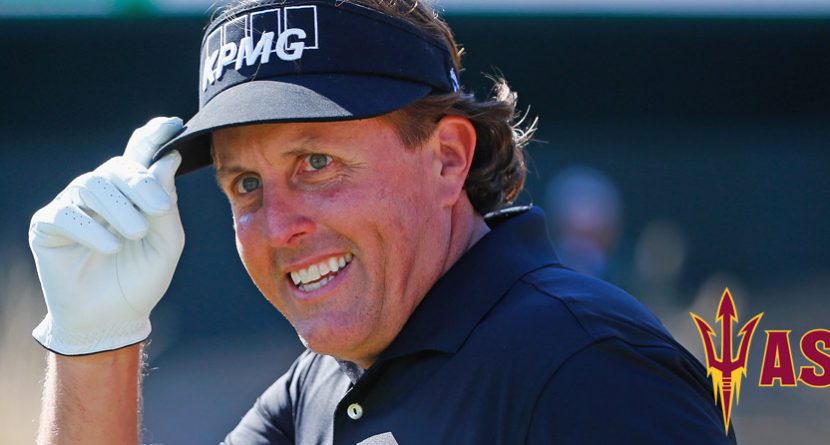 Eyebrows were raised last week when a report came out that Phil Mickelson called a recruit in Australia on behalf of his alma mater, Arizona State, whose men’s golf team is coached by Mickelson’s younger brother, Tim.

Now, Golfweek is reporting that Phil is free to do such recruiting for ASU, as he has been named an interim assistant coach. The role lets the world’s No. 11 golfer be more involved than an alumnus in wooing prospective athletes.

The coaching position became available when assistant Joe Prince left the school in September. In addition to recruiting, Mickelson can serve as any normal coach would – working with the team regularly and attending tournaments. But according to Golfweek, “The extent of Mickelson’s coaching responsibilities are uncertain.”

And it isn’t a role Mickelson is expected to hold for very long. ASU plans to hire a full-time coach in the spring or summer, as Mickelson returns to competing more often on the PGA Tour.

Mickelson is the most decorated golfer in ASU’s history, and one of the most successful collegians of all time. He won the NCAA individual title in 1990, ’91 and ’92, and helped the Sun Devils to the NCAA team national championship in 1990.