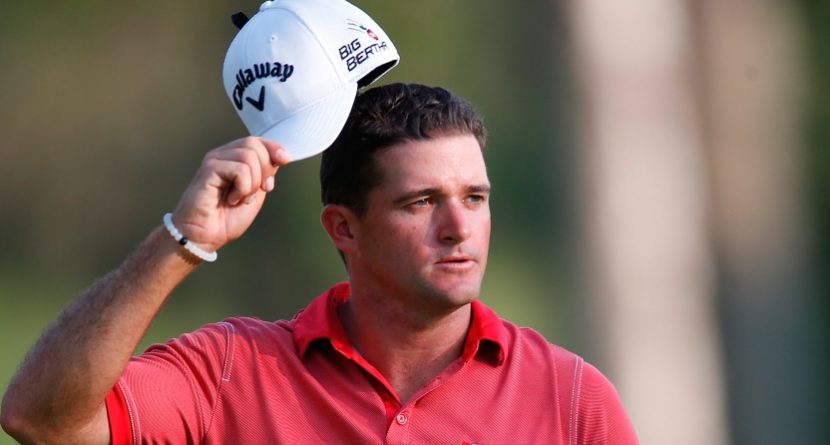 Sam Saunders might not be a household name just yet, but if you ask golfing legend Arnold Palmer, the new PGA Tour rookie has been on his mind for years.

After all, Saunders is Arnie’s grandson.

Saunders, 27, was just one of the 50 players to earn their PGA Tour card over the weekend following the conclusion of the Web.com Tour Finals at TPC Sawgrass. Saunders finished in a tie for seventh in the tournament, easily placing himself among the group of top 25 regular-season money winners and top 25 earners from the month-long Web.com Tour Finals.

Those who also earned their PGA cards include the top-ranked Adam Hadwin from Canada, the familiar names of Bud Cauley, Colt Knost and Jason Gore, and the 46-years-young Tom Gillis, whose best season came in 2013 when he earned more than $1.2 million on Tour.

Related Link: Behind the Brew: A Look Inside AriZona’s Arnold Palmer