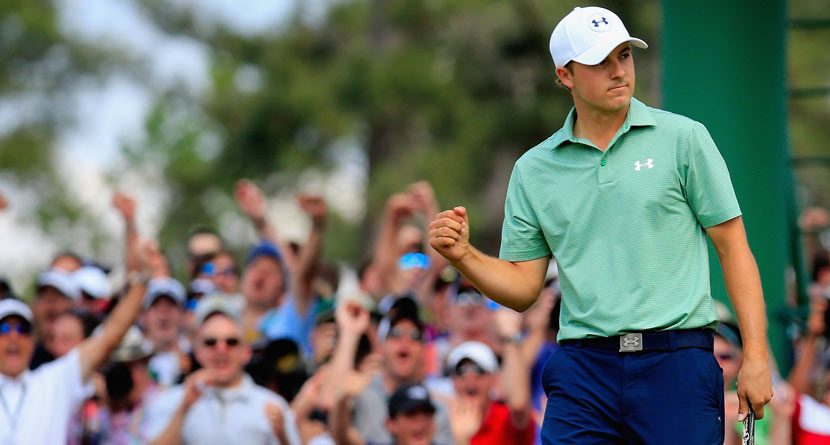 Dallas native and reigning PGA Tour Rookie of the Year Jordan Spieth announced this week that he has partnered with AT&T, which is also based in Dallas. The partnership is described as a “multi-year” agreement that will include public appearances, social media and advertising endeavors.

“AT&T is proud to welcome Jordan to our family,” said Mark Wright, vice president of AT&T media services and sponsorships during a press conference. “We expect him to be a great ambassador for our brand. He’s a terrific young man and a tremendous golfer with unlimited potential.”

Afterwards, Spieth took to Twitter and Instagram to talk about the partnership saying, “AT&T is one of the world’s most recognizable brands and also an incredible supporter of the game of golf.”

Proud to be a part of the @ATT family and looking forward to a great #HPBNC on my home turf! http://t.co/5qb4uMH6Zq

Spieth has been turning heads in the golf world for the past two years, going from zero status on tour around this time last year to being a PGA Tour winner, and almost becoming the youngest player to ever win the Masters this past April.

Along with sponsoring Spieth, AT&T will become the title sponsor of the Byron Nelson Championship beginning next year, further expanding its presence in the game of golf.