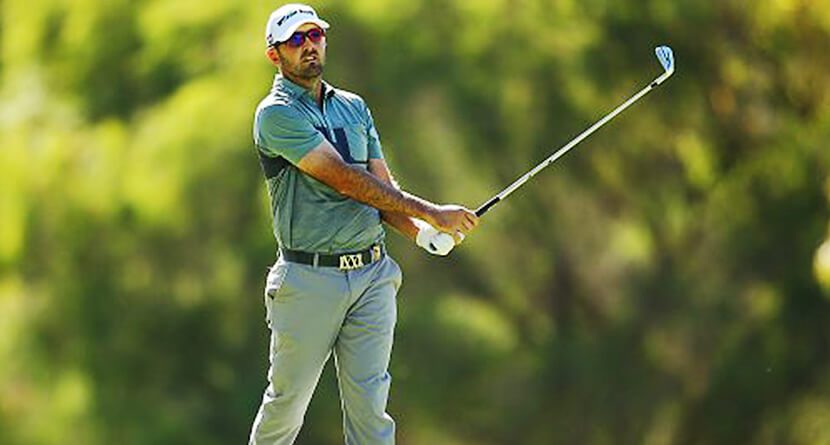 There are hole outs and then there are aces and double eagles — or albatrosses, if you’re a traditionalist. The latter two distinctions produce a different kind of reaction from golf enthusiasts mostly because of their rarity. Australian Rhein Gibson took that “different kind of reaction” to a new level with the prize attached to holing out a double eagle on Sunday at the Barracuda Championship.

To add to the accomplishment, the 18th hole was designated by the tournament hosts as “The Barracuda Bonus” hole, meaning if anyone holed out in two as Gibson did, they would win $100,000 to charity. Gibson’s shot also vaulted him into contention for the $50,000 Barracuda Bonus for the most points accrued over the course of the week on the 18th. He ended up coming in two points shy of the additional $50k.

Gibson finished in a tie for 25th place.

Here are the full highlights from Sunday in Reno and Greg Chalmers’ first PGA Tour win.