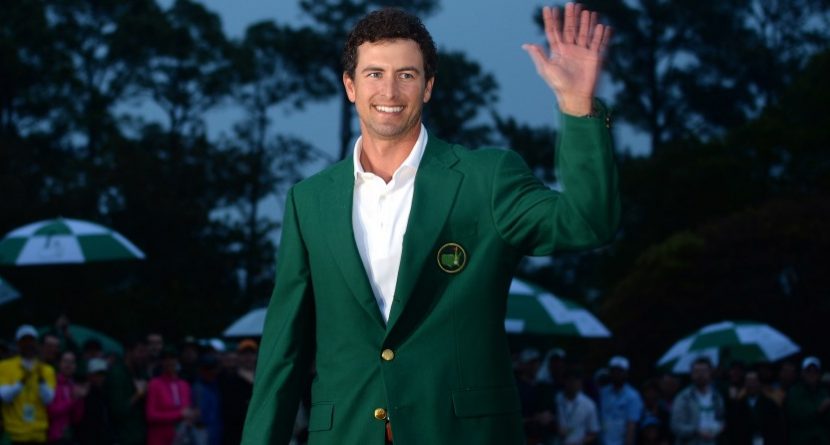 It’s been six and a half months since Adam Scott won the Masters, the Australian’s first major championship. But it’s been even longer since the world’s second-ranked player has competed in his homeland.

Thus, organizers of the Australian PGA Championship are taking full advantage of his appearance this week at the RACV Royal Pines Resort in Gold Coast. In honor of the first Aussie to ever win the Masters, Friday will be “Wear Green for Adam Scott Day.”

“The whole of Australia was buzzing with excitement following Adam’s momentous victory at Augusta National in April,” said Brian Thorburn, CEO of the PGA of Australia. “This will be Adam’s first tournament back on Australian soil and, with the tournament being played in his hometown of the Gold Coast, we wanted to provide a welcome home befitting his achievement whilst also giving fans the chance to celebrate.”

Don’t you love how Aussies can get away with using words like “whilst”? Anyway, Friday should be an interesting day, because we all know Australians like to dress up. They’ll wear their green for Scott, but they’ll likely wear a lot more too. On Wednesday, Scott was also handed the keys to the city of Gold Coast. He hopes that helps him win his first Australian PGA Championship.