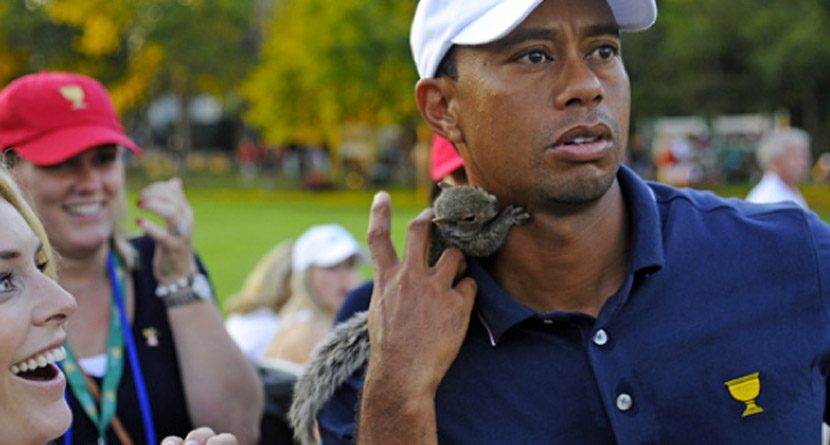 While the first day of the 2013 Presidents Cup was abound with excitement due to stellar golf, annoying rain delays and crazy high-five celebrations, it was one squirrel that stole the show.

U.S. Assistant Captain Davis Love III came to the rescue of a baby squirrel that fell out of a tree during Thursday’s play, causing a ruckus among the gallery who had gathered around the little guy. Love quickly “adopted” the squirrel and literally carried him — or her — in his pocket for the remainder of the day. In the process, many hilarious moments followed as members of the U.S. team took candid photos with their new unofficial team mascot.

The squirrel would later be named “Sammy” by Steve Stricker‘s wife.”