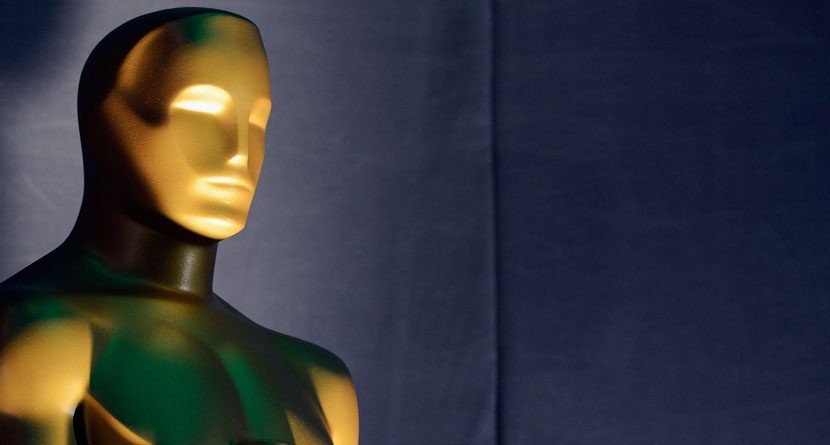 When Back9Network asked me to write about this year’s Academy, I was a bit flummoxed. On the weekly sports podcast I co-host, we talk quite a bit of golf but I wasn’t sure how that translated into writing about the Oscars for a golf site.

Having gone to film school, the task seemed like one from an old scriptwriting class exercise where you pick two elements out of a hat and craft a story based on them. Then I began thinking about it, and that’s exactly what “Silver Linings Playbook” felt like to me. Clearly writer/director David O’Russell pulled mental illness, the Philadelphia Eagles and ballroom dancing out of his hat – and the result was 2012’s indie darling.

Whew! That paragraph was a stretch. Without further adieu, here is a slightly less gimmicky version of this year’s Oscar contenders.

Best Actor:
Tiger in His Prime The most amazing thing about Daniel Day Lewis’ performance in “Lincoln” was just how unremarkable it was. We’re just so used to him being excellent that it’s no surprise at all when he is. The two time Oscar winner (“My Left Foot,” “There Will Be Blood”) is poised to join Jack Nicholson and Walter Brennan as the only men to win Academy Awards for acting three times. Should he win, he’ll be the first man to win for Best Lead Actor three times. Remember Ty Tryon, the 17-year-old phenom who was the youngest person ever to earn a PGA Tour card?

Quvenzhane Wallis’ performance in the small movie that could, “Beasts of the Southern Wild,” may conjure memories of Tatum O’Neal’s win for “Paper Moon” in 1973. The impossible thing about an actress so young being nominated for an Oscar is how tough it is to project where their career will be once they mature. That said, it is the most believable performance of the year.

Unfortunately for Wallis, she’s running up against two of Hollywood’s current darlings. Jessica Chastain’s superb work in “The Help” last year being followed up by a completely different turn in “Zero Dark Thirty” should win her the award. Jennifer Lawrence can make the same case from her subdued role in “Winter’s Bone” to a mid-20s sexpot in “Silver Linings Playbook.” This is the biggest tossup on Oscar night. The Fourth Round of the ’60 U.S. Open at Cherry Hills (Or, Palmer Defeats Hogan, Nicklaus, Fleck, Boros and Finsterwald) No matter who wins the 2012 Best Supporting Actor award this year. It’s not often that all five nominees in an acting category all have a gold statue sitting at home already.

Christoph Waltz is most certainly Jack Fleck in this analogy. Who would have ever thought that an unknown German television actor would wind up with an Oscar and a second nomination in the span of four years? Not only that, but he’s probably the best thing in “Django: Unchained, “and that’s saying something.

I may be the only one who thought Robert DeNiro was overrated in “Silver Linings Playbook,” but he really doesn’t give you anything new.

Alan Arkin is great in a small role in “Argo” but was much better in “Little Miss Sunshine.” Phillip Seymour Hoffman’s “The Master” is too polarizing for him to win. And that leaves us with Tommy Lee Jones, excellent in a role that only he could play. The Final Round of the ’97 Masters After I saw Catherine Zeta Jones in “Chicago,” I immediately declared that she might as well retire from acting because she’ll never have a better role written for her. It’s probably too early to say that about Anne Hathaway, who has shown some real range in “Rachel Getting Married,” “Brokeback Mountain” and now “Les Miserables.” But let’s assuredly say it will never be as easy for her on Oscar Night again. This award is a stone cold lock. It’s a victory lap. The First Round of Every Masters Every year some older former champion goes out on day one and shoots 67 or 68 before being exposed. Crenshaw used to do it, Tom Watson was famous for it. Fred Couples seems to have slipped into the role. Jack Nicklaus could probably still do it.

When you look at likely winner Steven Spielberg’s direction in “Lincoln”on the surface, it’s phenomenal. And remember that nine out of 10 times Best Picture, Director and Editor all come from the same film. So I would say that a win is likely.

So I would tell you that Kathleen Kennedy deserves to win Best Picture (which in Hollywood is really Best Producer) but Spielberg was given 4-foot birdie putts by his scramble team all day and made them. Big deal.

On the other hand, Ang Lee made a film with a bunch of unknowns acting with a fake Bengal tiger in front of green screens into one of the best movies of the year.

David O’Russell made chicken salad out of you know what, and Behn Zeitlin turned a 9-year-old into a Best Actress nominee.

Who was really the best director? And don’t get me started on why Ben Affleck isn’t nominated. This was a good year for movies, not a great one. And I expect the old master (Spielberg/Els) will walk away with the hardware for “Lincoln” but let’s reflect on the others for a moment.

First of all, “Amour” is certainly Thomas Levet in this scenario and neither really had a chance to win.  But the rest is a mismash of films that were just shy of great. Each of them is slightly flawed.

“Django” is excellent except that drags in the middle hour. “Les Miserables” is weighed down by Russell Crowe (the only time that will ever be written). “Silver Linings Playbook” is too quirky for it’s own good. “Life of Pi”has just a little too much CGI to be taken seriously as a Best Picture contender. “Argo” is a movie about a tense situation where you never really feel any tension. “Zero Dark Thirty”is hampered by all of us knowing the outcome. “Beasts of the Southern Wild,” while great, comes across a little too out there for voters.

That leaves us with “Lincoln,” a good-if-not-ever-memorable Best Picture in the vein of “The Last Emperor” or “The English Patient.” They are good films by master craftsmen that you probably won’t need to watch again.

Should Win: The Life of Pi

1.  Searching for Sugar Man (please see it without reading about it first)
2. The Life of Pi (you have to be in the mood, but if you are, it’s amazing
3. The Perks of Being a Wallflower (brilliantly adapted from the book)
4. Zero Dark Thirty (the last hour is astounding)
5. Moonrise Kingdom (Wes Anderson’s best since Rushmore)

Michael Urann is a former marketing executive at several major independent film companies and currently works as a freelance producer and post-production supervisor. He was a post-production consultant on “Winter’s Bone,” a Best Picture nominee in 2010 and an Associate Producer on “May In The Summer,” the opening night film at the 2013 Sundance Film Festival. He co-hosts The F/U Sports Talk Podcast, a weekly sports discussion show that has been featured by iTunes since 2010.