Back9 In 90: Gary Player Talks With Cheyenne Woods 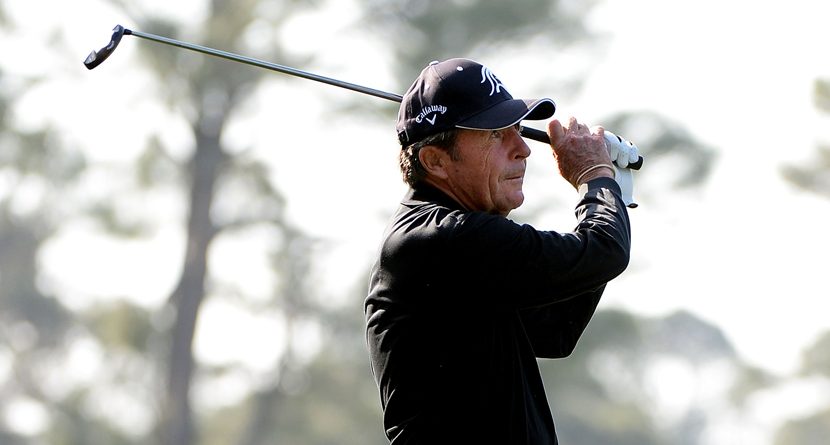 Player, who will join Big Three friends Jack Nicklaus and Arnold Palmer for the ceremonial first tee shot on Thursday, talks about his Masters record, his greatest memory at Augusta and one regret.

Player played in the Masters on 52 occasions (36 years in a row) and made 23 straight cuts — both records.

The Black Knight won three green jackets during his career at Augusta and finished second three more times. Overall, Player recorded 15 top-10 finishes at the first major of the year.

Here’s a brief snippet of his Masters resume:

Get a look at the Big Three at Augusta National over the years!