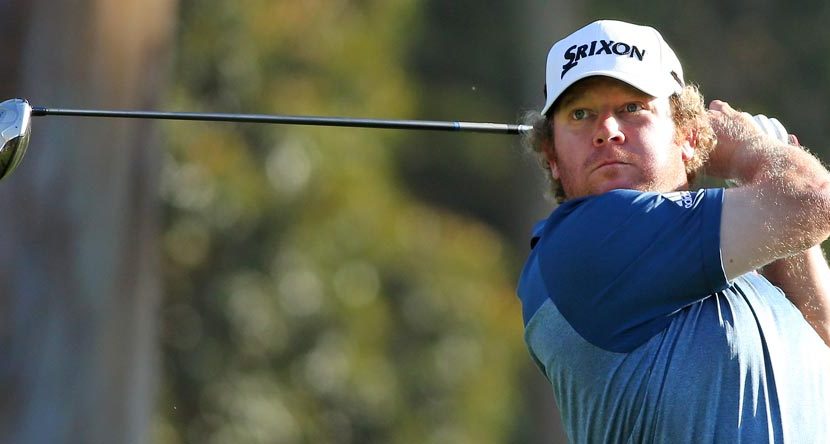 William McGirt is a professional golfer from Boiling Springs, SC. McGirt attended Woffard College and turned pro in 2004. After a couple years on what is now the Web.com Tour, McGirt earned his PGA Tour card in 2010 via Q-School and hasn’t looked back. He made the FedEx Cup playoffs for the first time in 2011 and again last year in 2013. One of his favorite places to visit is Cape Cod, MA, where he and his wife Sarah honeymooned after they were married in 2004.

For complete results and stats for William McGirt, click here.

Who would be in your dream foursome? Arnold Palmer, Tom Watson, and Jack Nicklaus.

Who is your hero? Arnold Palmer.

Who are your biggest golf influences? My dad, grandfather and aunt.

Me and the King in his office after the round today. Thanks For a great week Mr. Palmer. pic.twitter.com/ye66puX4