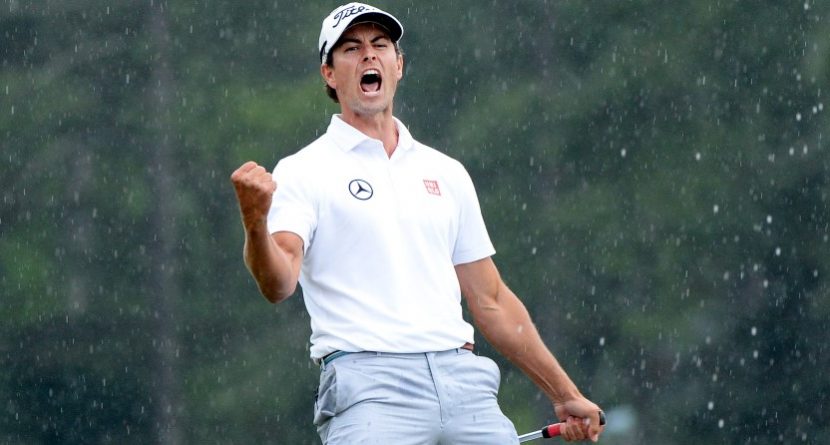 Sadly, the 2013 PGA Tour season has come to a close. But thankfully, the first PGA Tour wraparound season tees off in just two short weeks. So we need to hurry up and award some golfers for their 2013 seasons before the 2013-14 campaign commences.

Player of the Year: Adam Scott
We made the case a month ago, and Tiger Woods has done little since to justify earning an 11th PGA Tour Player of the Year honor. So for the first time, the POY should go to the 33-year-old Aussie (the real award will be announced Friday). Scott won The Masters, The Barclays and was the best player in the world at the four majors with a 2-over-par aggregate score. He may have finished sixth on the money list and fourth in FedExCup points, but no one was better at the events that matter most, the majors.

Rookie of the Year: Jordan Spieth
This wasn’t even close. Spieth started the season as a 19-year-old with no PGA Tour status. He finished the year as a 20-year-old with one career victory, a No. 7 ranking in the FedExCup, and the No. 21 spot in the world rankings. It’s scary to think that he can get even better.

Close calls: No one.

Best Dressed: Ian Poulter
There are the occasional rounds where Poulter keeps it simple. But usually, the king of plaid and argyle is smoothly rocking one pattern or the other. Best Social Media User: Ben Crane
The mastermind behind the “Golf Boys” and “Bubble Boy,” Crane is an ardent Twitter user. Earlier this year, he used his 140-character messages to find guest caddies for pro-am events. Rather than bashing “trolls” or suggesting that some fans be “tasered,” like others on the PGA Tour, Crane was making dreams happen.

Best Significant Other: Amanda Dufner
There was big news in the golfer’s WAG category this year: Tiger Woods and Lindsey Vonn announced their relationship, while Dustin Johnson proposed to Paulina Gretzky. But neither of those ladies are involved with a 2013 major winner. The world was introduced to the beautiful Amanda Dufner when her aw-shucks hubby strolled to the PGA Championship. She then joyfully ran on to the green to plant a kiss on the man for whom she’s too good-looking. He obliged, then deftly tapped his bride on the butt. He must’ve forgot they were surrounded by cameras? Amanda was even a good sport when Jason pulled the Wanamaker Trophy into bed with him. Best Phrase Shouted By Fans: Baba Booey
Mark 2013 down as the year of “Baba Booey.” For some reason, a nickname Howard Stern gave Gary Dell’Abate years ago became the thing to yell out at golf tournaments after players hit their shots. Some people love it (Keegan Bradley), some people hate it (Ian Poulter), but it got the King of All Media to talk golf on his ultra-popular radio show, and he even invited Dufner on as a guest.

Best Commercial: “No Cup is Safe” with Tiger Woods and Rory McIlroy
In introducing McIlroy to the stable of Nike golfers, the company filmed a classic spot in which the world’s two best golfers (at the time) took aim at any and every cup in sight. If only McIlroy’s season turned out as well as this commercial.

Best Alter Ego: Dick Fowler P.I.
We couldn’t close out the award season without recognizing a character we hope to see for years to come: Dick Fowler P.I. We realize this could or should fall into the commercial category, but we’re hoping to see Dick in real life. Like maybe at the Farmers Insurance Open (Jan. 23-26)? Dick stars for Farmers in the TV spots, so how great would it be to see Rickie compete as Dickie in an actual tournament? Mustache, aviators, sweater over polo, shield, caddie and all.