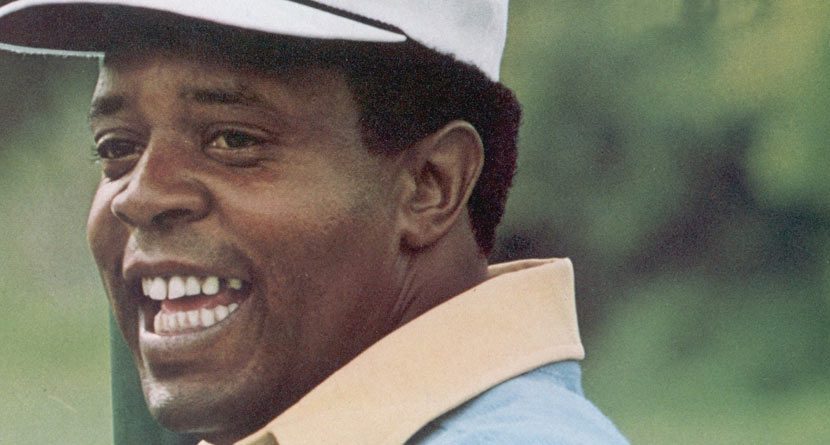 HARTFORD, Conn. — Back9Network, the new lifestyle television network and multiplatform media company, announced it will honor Lee Elder, the first African American invited to play in the Masters, by naming its main conference room after Lee and Sharon Elder in a commemorative ceremony, Tuesday, June 18 at 6:30 pm at the Back9Network’s Headquarters.

Mr. Elder first played in the Masters in 1975. Back then, all the caddies were African American while all who competed for the green jacket were white, except for Elder. Elder, age forty at the time, received hate mail and death threats in the months leading to his first tee shot at the Masters. The racial tension surrounding his participation at Augusta caused him to move between houses Masters week while eating every meal with one eye over his shoulder. During his career, Elder received advice from both Dr. Martin Luther King and Jackie Robinson and cites both as inspiring figures leading to his qualifying for and playing in six Masters from 1975 – 1981. “When we conceived of the Back9Network we announced to the world the Back9Network was about inclusion, developing character-driven lifestyle programming with golf as a backdrop and that one of our three programming pillars would address core golf stories. Lee Elder represents each of these facets and is one of those important stories to tell. I am personally honored to commemorate his extraordinary contribution to golf at Back9Network’s headquarters while recognizing his courage as a ground breaking force for inclusion.” said James L. (“Jamie”) Bosworth, Founder and Chief Executive Officer. “This announcement exemplifies our company’s alignment with iconic figures that have been catalysts in growing the game and the golf lifestyle beyond the sport’s traditional base.”