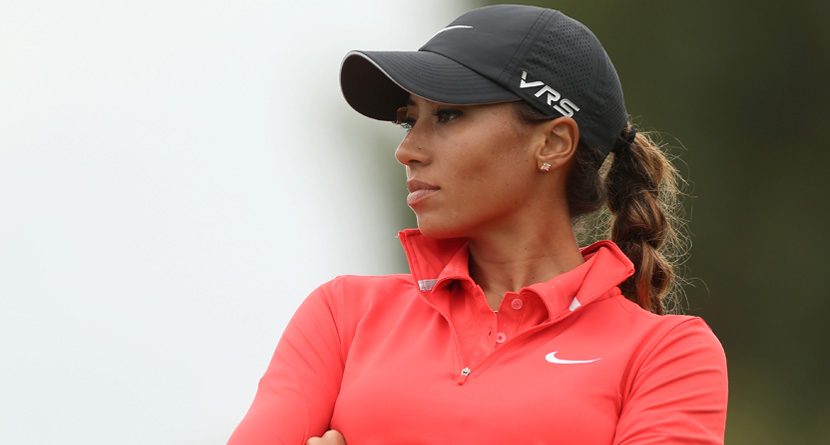 One of the most promising female golfers in the world, Cheyenne Woods has renewed her ambassadorship deal with Back9Network and is eager to build on her interest in the world of sports broadcasting. The niece of Tiger Woods graduated from Wake Forest in May 2012 with a degree in communication, and has served for the past year as a special Back9 correspondent covering major PGA Tour events.

“The way Back9 celebrates women in golf is inspiring and to continue to be a part of that is incredible,” Woods said. “Back9 has really given me a platform to tell my story and connect with avid golfers and casual ones alike.”

It’s shaping up to be a big year for Woods, as she grinds in her first year on the Symetra Tour, the LPGA’s developmental tour. She also holds a European Tour card, with which she picked up her first major pro tour victory earlier this month. Woods’ 16-under 276 at Royal Pines Resort gave her the Australian Ladies Masters title.

“It just proves to myself that I am able to compete and win at this level of competition,” Woods told Back9 after the win.

Should she fare well on the Symetra Tour, Woods improves her chances of gaining status on the LPGA Tour, the top women’s tour in the world. She advanced to the third and final round of 2013 Qualifying School, but could not place among the top 46 that received at least conditional LPGA membership.

“We are so proud of everything Cheyenne has accomplished both on and off the golf course over the past year, and it was a priority of ours to continue to work with her,” said James L. Bosworth Jr., Chairman and CEO of Back9Network. “She has truly been a wonderful addition to the Back9 family and has played an integral role in cultivating interest in golf from young women.”