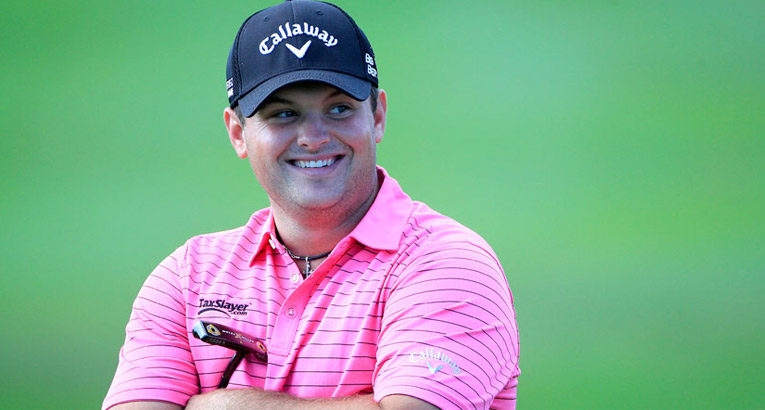 With less than 10 days remaining in 2015, golf.swingbyswing.com is counting down the top-10 golf stories of 2015, one per day until New Years Eve. The stories’ place on this list are a result of a criteria set forth by the writer based upon the impact each had on the golf world this year. Here, at No. 10, is The Patrick Reed Saga.

By the end of 2014, Patrick Reed had already made himself a household name amongst golf fans. At 24 years of age, the two-time National Champion at Augusta State had won three times on the PGA Tour, including a World Golf Championship event at Doral, after which he declared himself to be a top-five player in the world.

Here is the transcript of the Patrick Reed interview that everyone is talking about: pic.twitter.com/vnAl1KKPHs

Reed’s comments served as a line in the sand for many fans. Those who appreciated his confidence and candor flocked to Reed, while more traditional and reserved fans preferred that Reed let his clubs do the talking. Fast forward a few months and Reed was back in the news, first at the Ryder Cup where he played well and famously shushed the crowd and later in the fall in China when he berated himself for missing a putt by using a gay slur.

Certainly a top newsmaker in 2014 for his performance on the course, by early 2015 Reed was a top-tier player in the world, but made news — and our list — for other reasons.

On Jan. 30, author Shane Ryan released an excerpt from his — at that point — unreleased book, Slaying the Tiger: A Year Inside the Ropes on the New PGA Tour, which detailed rumors about nefarious behavior during Reed’s college days at Georgia and Augusta State. For the first time, the whispers about Reed that had made the rounds on the PGA Tour were put out to the general public.

Ryan detailed the tumultuous freshman season Reed endured at Georgia, playing on a team with future PGA Tour pros such as Brian Harman, Russell Henley, Harris English and Hudson Swafford. According to Ryan’s unnamed sources, Reed had been confronted about possible instances of cheating during qualifying and stealing from the team’s locker room, both claims that Reed denied. A second alcohol-related arrest and the ensuing effort by Reed and his family to keep the arrest under wraps turned out to be enough to get Reed off the team. He would land at Augusta State.

At Augusta State, Reed again rankled some feathers with his brash confidence, but that could be overlooked. However, when another accusation of cheating during a qualifying event emerged, Reed was suspended for two tournaments. Despite being on the outs with his teammates, Reed would still help them win the NCAA championships in 2010 and 2011.

The revelation of these stories spurred a discourse surrounding the use of anonymous sources to sully the reputation of a player who was years removed from the accusations. Furthermore, it painted Reed in a villain’s light, giving detractors more ammo and forcing fans to stand up for a flawed hero.

Reed appeared on the Golf Channel to refute the allegations made by Ryan, but failed to land anything more than a passing blow as other reports emerged backing the story.

The saga dominated the golf news for the first four months of 2015 and cast a dark cloud over the early part of Reed’s season.

As the accusations fell into the backdrop of public consciousness, Reed’s play improved, especially as of late overseas. The Texas resident finished in the top-10 of both of his wraparound 2015-16 season starts on the PGA Tour and put together a late surge on the European Tour, which saw him finish in 16th place in the Race to Dubai following three more top-10 finishes.