Barkley A Longshot To Win Celebrity Tournament In Tahoe 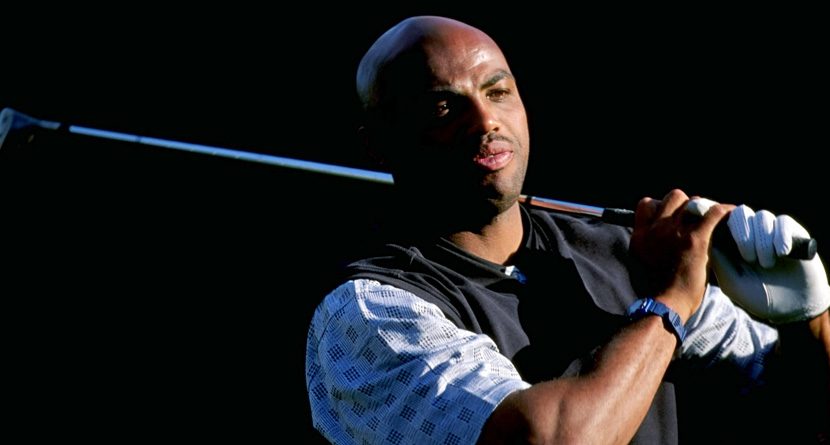 Those are the odds that Charles Barkley, the man who has (or at least used to have) the world’s worst golf swing, will win this weekend’s American Century Championship at Edgewood Tahoe Golf Course in Lake Tahoe.

Before we go any deeper, take a look at Barkley’s golf swing over the years. We’ll meet you below the fold.

We’re thinking there needs to be at least another zero added.

But seriously, the annual tournament — which is in its 24th year — is always a star-studded affair. It boasts a who’s who in American sports, including Jerry Rice, Aaron Rodgers, Derek Lowe, Tim Wakefield, and Michael Phelps.

Forbes has called the tournament, which started Tuesday with the Tahoe South Celebrity–Am, the “greatest sports party on the planet.”

With 80 celebrity golfers, that’s pretty much what you get.

It’s a loaded field with a wide range of athletes from all sports and of all ages. NBC Sports, which owns the made-for-TV tournament, will broadcast it Friday-Sunday.

There are two more Celebrity-Ams on Wednesday and Thursday.  Also on Thursday is the Korbel Celebrity Spray-Off Competition. Sounds a bit rowdy for the golf course but again, it’s what you get what you put all these famous people and their overflowing bank accounts on the same piece of real estate for a week.

The early odds have former hockey player and now professional golfer Dan Quinn as the favorite with 7-2 odds. He’s won the tournament five times, including last year, so that’s a good pick by the odds makers.

Other Hot Links:
– Many Things, Like Ladybugs, Have Filled Claret Jug
– Matt Kuchar Bums Ride To Muirfield At Open Championship
– A Look at British Open Fashion Through the Years