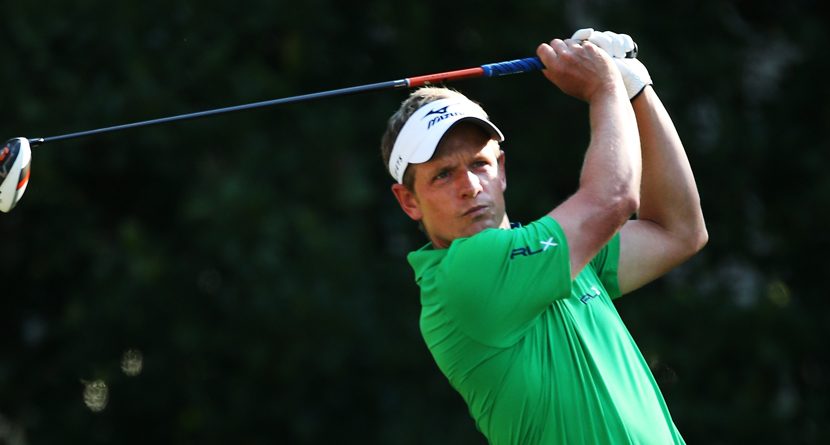 Of all the prizes a golfer could take home for winning a golf tournament, an entire cow might be the most obscure one we’ve ever heard of.

That’s why we were surprised to read about Luke Donald and the special delivery he received at his house on Tuesday.

Donald won the Dunlop Phoenix Tournament last fall in Miyazaki, Japan, a town famous for cows that are raised similarly to Kobe cows — which are, like, the Pro VIs of the cattle industry. They are given beer and sake to drink and they receive massages.

But don’t think the practice is aimed at treating the cows well. It’s all for the sake of the consumer, as cows that live this life of luxury yield some of the best beef in the world because of its marbled texture and naturally tenderized consistency. So clearly things don’t end well for them.

The ESPN.com story referenced above details the saga well, but essentially Donald was unable to bring his Miyazaki cow back to the U.S. for obvious reasons — can you imagine the weight charges he would have received for bringing a live cow on a commercial flight? After months of negotiations he finally agreed to take delivery of 200 pounds of Miyazaki beef.

The stuff is top-shelf quality, so the shipment was valued at about $80,000 in the retail market.

What did Donald do after signing the deliveryman’s packing slip?

He threw some of those steaks on the grill, of course.

“It’s very marbled and the knife just eases through the meat,” Donald told ESPN. “Definitely the best beef I’ve ever had.”

Next Page: Memphis In May BBQ Contest