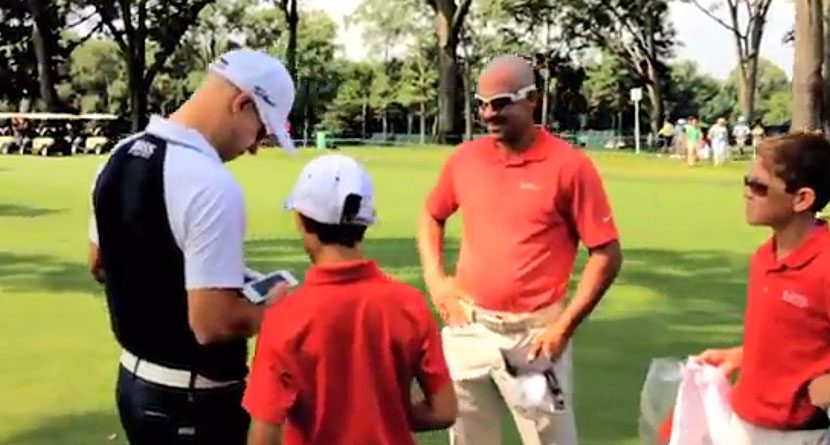 Ben Crane is one of the funniest guys on tour. From “Golf Boys” to his other hilarious videos, there’s so much to like about the guy. But if you were still doubting how great Crane is, here’s one more reason to love him.

At The Barclays last week, Crane made a young fan’s day when he gave him his phone number. The video below is proof of just how awesome Crane is.

That’s not a bad contact to have in your phone as a young golf fan. Heck, I’d love to call up Ben Crane and spend the day with him.

He also tweeted about the gesture, perfectly describing how “engaging” players on the PGA Tour are.

I had no idea that was being recorded. Fans probably think all athletes are super unapproachable but most of the Tour guys r really engaging

Hats off to you, Mr. Crane. We’ll never get tired of hearing stories like this.