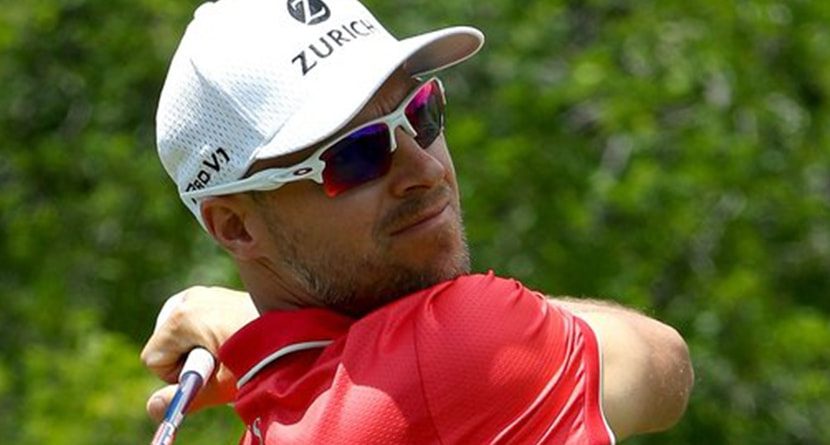 We may have found Miguel Angel Jimenez a rival for best warm-up routine on the PGA Tour. Ben Crane has been spotted doing some interesting pre-round workouts on practice tees around the country. While there has been some social media chatter about the interesting warm-up, we finally have video.

This is what most of us must be doing wrong. https://t.co/TgZGu0mB8X

Not bad, Ben. We’re not sure it lives up to Miguel, but then again, what does? At least Crane is backing down from the fight.

I'm coming for you, Jimenez. https://t.co/mtzETZqibK

Speaking of Ben Crane, rounds of 70-68 at the FedEx St. Jude Classic have him at 2-under par and seven shots back of halfway leader Daniel Berger. Boog shot a Friday 64 to take a three-shot lead into the weekend. Tom Hoge sits alone at 6-under while Phil Mickelson, Brooks Koepka and Dustin Johnson lead the contingent at 5-under par.

Here are the complete second-round highlights: