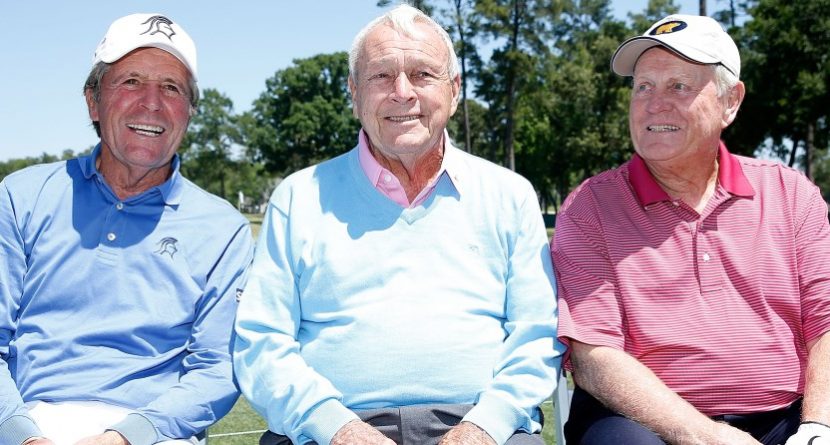 They say golf is a retiree’s sport. So what does that leave for retired professional golfers? In the case of the biggest names in golf, much more lucrative businesses.

Forbes published a report on Thursday highlighting the highest-paid retired athletes. Among the top nine are four golfers: Arnold Palmer, Jack Nicklaus, Gary Player and Greg Norman. Each one of them earned more in 2013 than they did their entire careers from winnings on the PGA Tour. And they each share one venture in common: golf course design. (Forbes’ earnings estimates include “salaries, endorsements, licensing, speaking and appearances, golf course design, book deals and production contracts in 2013. They do not include investment income.”)

At No. 2 overall – behind well-known golf enthusiast Michael Jordan – ranked Palmer with $40 million, making it the most profitable of all his 84 years. Whereas his course design income trails his peers’, the official line of drinks that bears his name is worth $200 million and makes up nearly a quarter of revenues for Arizona Beverages, which distributes numerous products featuring Palmer’s picture, signature and name.

Not bad considering Palmer is 372nd on the PGA Tour’s all-time career money list with $1,861,857. The hundreds of lesser players who rank higher can thank Palmer, Nicklaus and Player, the trio largely credited with commercializing the game of golf. Coming in at No. 4 on the Forbes list is the man who took over golf’s throne after Palmer. Nicklaus holds the honor of winning the most majors ever (18), and his Nicklaus Design income represents that prestige. Now 74, he brought in $30 million in 2013, a good chunk of that coming from the 380 courses in 36 countries and 39 states that his company built. And he also learned from Palmer, as he also has a deal with Arizona, making Golden Bear Lemonade. The third member of the Big Three sits seventh on Forbes’ list with $19 million earned in 2013. Player’s money largely comes from golf course design as well, and the 78-year-old fitness freak increased his name recognition last year by appearing in ESPN the Magazine’s Body Issue. Despite ranking 377th on the all-time PGA Tour money list, Player still counts Callaway, Rolex and SAP among his corporate sponsors. The retired golfer on this Forbes list who made the most during his actual playing career was Norman, who ranks 88th on the all-time PGA Tour money list with $14,484,458. Yet, that’s less than the $16 million that Forbes estimates he took in last year. At 59, the Shark is a bit younger than the aforementioned golf moguls, but much more diversified. On top of his successful course design projects, he owns a thriving wine business, an apparel line, a beef business, a restaurant, a turf company, and many more ventures that bear his name. For these retired golfers, Nicklaus said it best in another recent Forbes article: “Most people work all their lives so they can eventually stop and go play golf. I played golf my whole life and when I stopped I went to work.”

Other Hot Links:
– Michelle Obama Teams with SNAG Golf to Get Kids Healthy
– The Lowdown on Bubba Watson’s Bulletproof Truck
– Is FootGolf the Next Big Thing?
– Sydney Leroux Fails, Then Succeeds in Happy Gilmore Drive
– Top 10 Most Unusual Golf Trophies