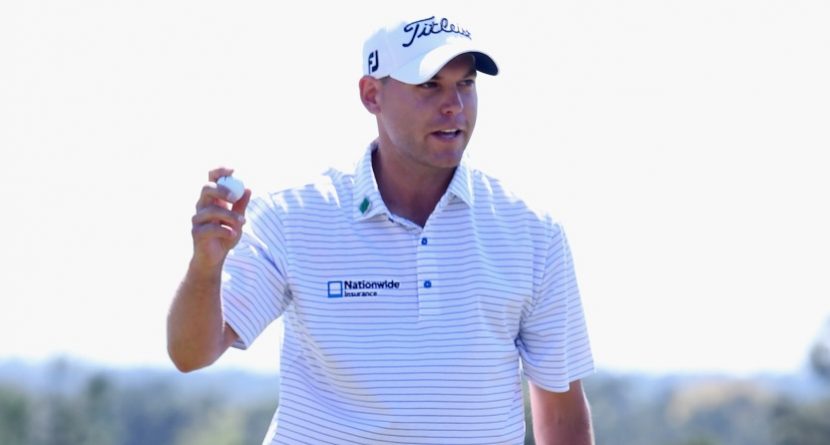 With his 4-under-par 68 to open the Masters on Thursday, the first time he’d ever gone under 70 in 17 lifetime rounds at Augusta National, Bill Haas was all alone as your 18-hole leader. That’s not exactly a good place to be.

The last time a solo leader of the Masters went on to win the green jacket? 1984. Ben Crenshaw opened with a 67 and held on for a two-shot victory over Tom Watson. And then there’s this: Just nine of the previous 77 Masters winners had the lead all to themselves after 18 holes.

And even if Haas were sharing the lead, that wouldn’t bode much better. Since 1985, only Trevor Immelman in 2008 held a share of the first-round lead and ended up slipping on a green jacket three days later. Even the fact that Haas is used to leading early won’t give him confidence. His first-round 65 a week ago in Houston put him in a share of the lead, but he didn’t find the 60s the rest of the way.

“I was leading last week after the first round and finished 37th, so I know there’s tons of golf left,” Haas told reporters Thursday.

Maybe Haas’ golfing pedigree will steel him for the next 54 holes. Or maybe it’ll just lead to another close-but-not-good-enough finish.

Bill’s father, Jay, held sole possession of the 1995 Masters after two rounds for his only career lead in the event. He went on to tie for third, his best finish ever at Augusta. Jay Hass made the cut in 19 of his 22 starts at the Masters, finishing in the top 10 five times.

Anything better than 20th place would improve Bill’s Masters best. His career-best at any major is T-12 from the 2011 PGA Championship

But Bill is still young – he’s 31 – so even if it’s not this week, he has plenty of time to win the major that eluded his father. That would officially rank him as the second-best golfer in the Haas family (for the time being).

Bill’s great uncle, Bob Goalby, won the 1968 Masters and a total of 11 PGA Tour events. Bill owns five PGA Tour wins, so he’s got some work to do.

The family’s golf exploits don’t stop there, though. Bill’s uncle, Jerry, was an All-American at Wake Forest and a PGA Tour player in the early 1990s. He appeared in one Masters, where he tied for 31st in 1985, and is currently the head coach at Wake Forest.

Another uncle, his mom’s brother Dillard Pruitt, twice played in the Masters and captured one PGA Tour victory. He’s now a rules official on the tour.

And Bill’s older brother, Jay, competed for Augusta State and once qualified for the 2006 Wachovia Championship, joining Jay and Bill in the field.