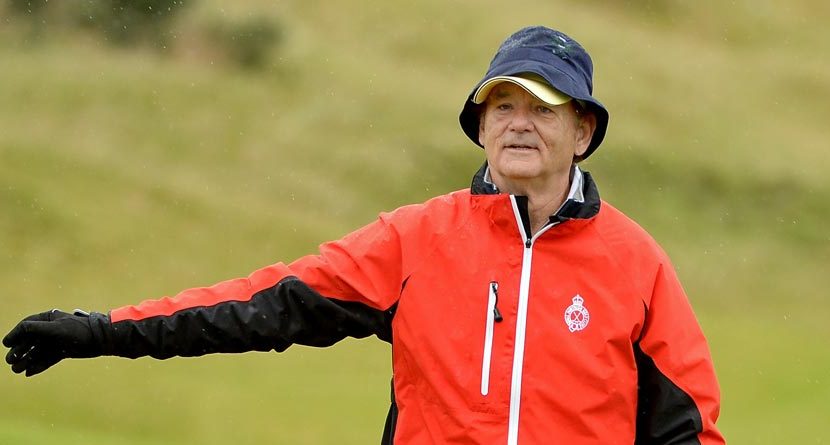 Bill Murray is playing in the Alfred Dunhill Links Championship this week. Padraig Harrington is also in the field. So, what do these two have in common, you ask? Well, one would be playing barefoot if not for the other.

Murray told a strange story to writer Bernie McGuire about how he came to the rescue for the three-time major champion. Because of course he did — he’s Bill Murray.

“I was just about to get in my car and we got this emergency call ‘Mr. Harrington has forgotten his golf shoes’,” Murray said. “So we went up and broke into [Harrington’s] room, and I got to try on some of his clothes and then I grabbed his shoes. But the good thing was we then got to drive faster to Carnoustie which was good.” It should come as no surprise that the “Caddyshack” star took the liberty of making himself comfortable in Harrington’s room. He’s been known for dropping in on random parties and events and, well, making himself at home.

Harrington went out and shot a first-round 66 to put himself just two shots off of the lead, so he can thank Murray for that one. On the other hand, Murray and his partner Thongchai Jaidee sit eight shots back after shooting 68 in the opening round.

Be sure to catch our in-depth interview with Murray on AHMAD RASHAD airing Tuesdays at 9 p.m. EST on Back9Network — DIRECTV channel 262.