Billy Horschel Gets A Terrible Break At The Masters 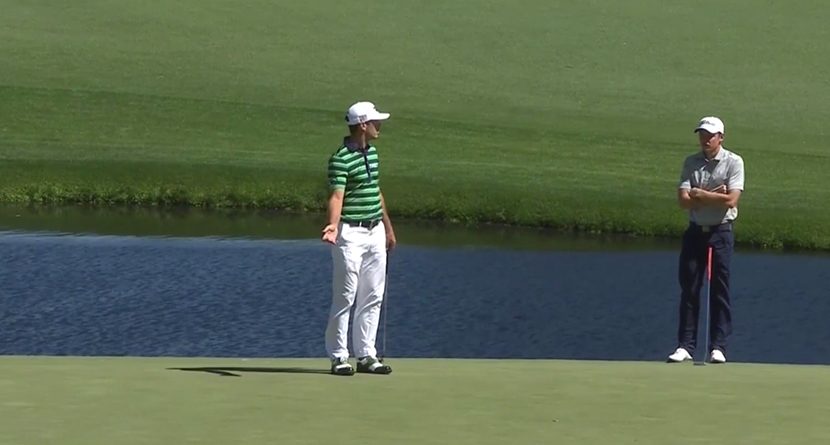 Billy Horschel tends to run a little hot, but we can’t blame him this time. The 2014 FedEx Cup Champion replaced his ball on the 15th green of Augusta National during the third round of the Masters and went about reading his putt. Walking back to his ball, a gust of wind blew Horschel’s ball from its original position down the shaved bank and into the water.

Beings that Horschel did not cause the ball to move and it was a normal water hazard marked by yellow stakes, he was forced to go to the other side of the lake to play his fifth shot. Horschel would end up making a solid bogey and finished his round at 1-over par for the day and 4-over for the tournament.

(Thanks to TheBigLead.com for the video.)