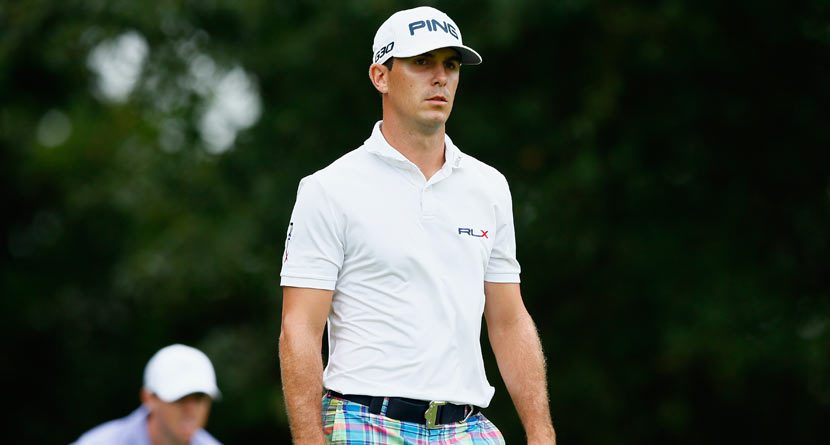 With more than 15 hours of weather delays at the Zurich Classic of New Orleans this week, players were finding it difficult to fill their time between actually playing some golf. As hard as it was for the players, it was tough for the television partners of the event to fill their air time with anything worth watching, which meant occasional shots of the pros sitting around the TPC Louisiana clubhouse.

During Sunday’s third-round stoppage, Golf Channel’s cameras caught Billy Horschel messing around with one of their reporters, George Savaricas, giving him the one-finger salute.


While the gesture was harmless and in good fun, Horschel took to social media to smooth over any offense he may have caused.

Apologize if a certain finger was count on tv. Was messing around @GeorgeSavaricas. It was all in good fun. #sincerelyapologize

Want to reiterate that I was not giving a finger to the camera. It was all in good fun w/my buddy @GeorgeSavaricas. pic.twitter.com/RgiHEVlivS

Thanks for all the support Twitter fans! You get it was a joke towards @GeorgeSavaricas. Didn't realize we were live on camera.