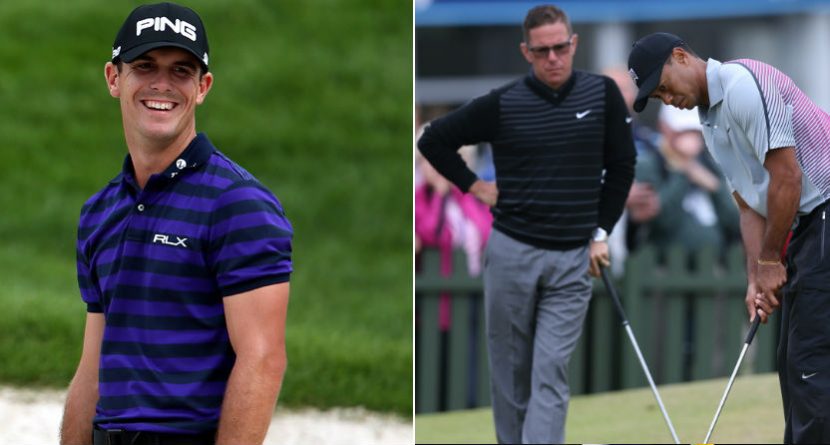 As with any endeavor, the game of golf just seems to be easier when you have a mentor. To learn from someone who has gone through the roller coaster that is the game surely makes it easier to navigate those same ups and downs you’ll undoubtedly face.

In the case of the Florida Gators golf team, it’s on the right path as FedExCup champion Billy Horschel and world-renowned instructor Sean Foley have spent time mentoring the players this season.

According to the university’s student newspaper, the Independent Florida Alligator, Horschel and Foley sat down with the team earlier in the fall season.

Foley met with the team when it went to the Bay Hill in Orlando for a practice and qualifying session, and explained to the golfers what it’s been like to work with some of the game’s best. Foley, of course, works with the likes of Justin Rose and Hunter Mahan — and recently parted ways with Tiger Woods.

“They got to ask him a bunch of questions, it was a phenomenal experience,” said head coach J.C. Deacon. “From that I’ve seen a lot of motivation, the guys have been working harder, working smarter, spending their time in more precise areas.”

Horschel, who played at Florida during a stellar collegiate and amateur career, returned to campus as he was being honored at the LSU-Florida football game. Horschel chatted with the team about his career and its definitive high point, which came while winning the FedExCup.

For the players, Horschel’s visit was extra special as he continues to follow their progress and remains very passionate about the university.

“He’s one of the most passionate Gators I’ve ever met,” Deacon said. “I think the guys really saw that you know, he just made 12 million bucks this year and won all of these PGA Tour tournaments, but being a Florida Gator still means so much to him.”

Related Link: 9 Things Billy Horschel Could Buy With His $13 Million