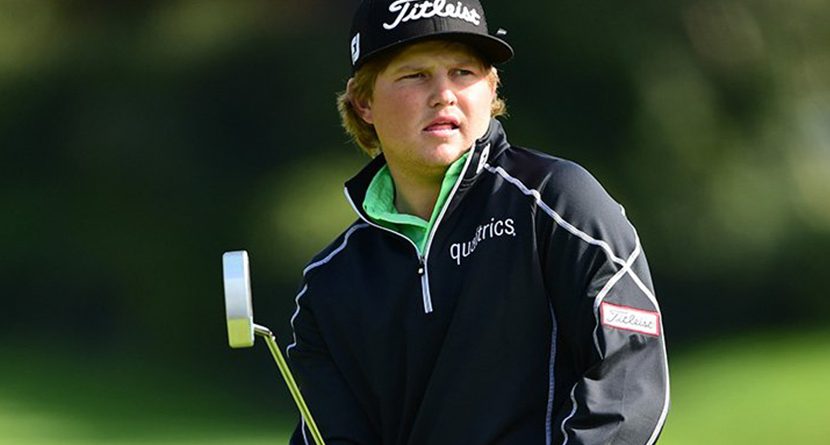 Golfers are gluttons for punishment, but sometimes we can take it to far. Case in point, Zac Blair during the second round of the Wells Fargo Championship.

Coming off of a 3-over par 75 in the first round, Blair needed to make a move early Friday or else he would be trunk-slamming and heading home after a missed cut. Instead of the start Blair was looking for, he was 4-over par through four holes and missed short putt on No. 5 when he decided to reprimand himself.

The self-assault was enough to bend the shaft of his putter, therefore making it non-conforming. By tapping in his fifth stroke on the par-5 fifth, he was in violation of Rule 4-2. Blair sought out a rules official on the next hole, informed him of what happened and as a result, was disqualified.

Seeing the lighter side of things Blair tweeted out a response to the PGA Tour media account announcing his DQ with a great throwback GIF of Woody Austin doing a similar, but slightly more intense putter head smack.