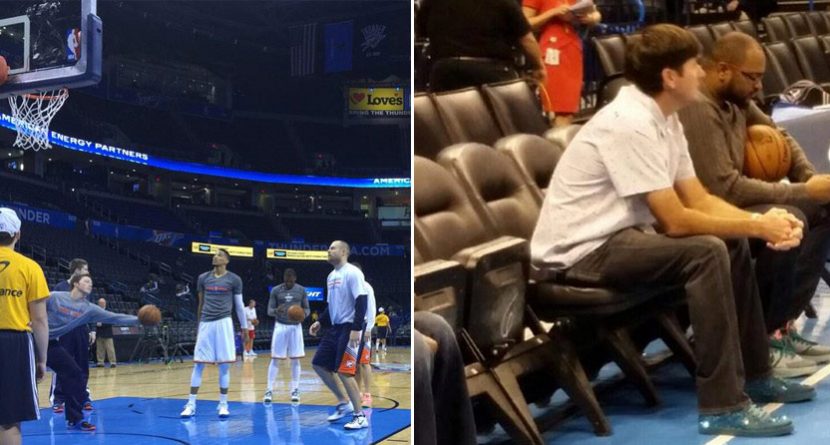 What’s not a surprise? Bubba Watson sitting court side at a Clippers vs. Thunder.

What is a surprise? Bubba’s bedazzled shoes, clearly seen in the photo below.

Be bold, be daring, be Dazzle, be Bubba. (H/T @EyeAmTruth) pic.twitter.com/wVLiUgx15g

Watson, who is good friends with OKC star Kevin Durant, tweeted a picture of his evening:

Who knows? Maybe Watson gave them to Durant as a gift, reciprocating for that time KD gave Bubba the shoes off his feet after a game?