Bones & Butch Give Insight on Mickelson 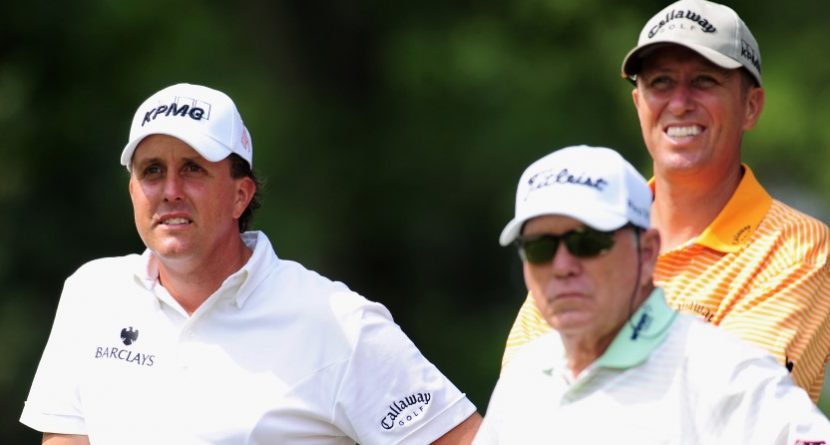 Aside from Phil Mickelson’s wife and kids, few people know the world No. 2 golfer better than Jim “Bones” Mackay, Lefty’s caddie for more than 20 years. If you were wondering why Bones shed a few tears Sunday after Mickelson’s come-from-behind victory at the Open Championship, that’s why.

On Monday, Bones made an appearance at the Carlsbad, Calif., headquarters of Mickelson’s club sponsor, Callaway. He then spoke with Harry Arnett on a podcast, covering such topics as how he and Phil met, why he can veto Mickelson on the course one time a year, and when on Sunday they decided that Mickelson needed to make a move if he was going to win.

Then on Wednesday, Matt Adams chatted with Butch Harmon, Mickelson’s coach, on his show “Fairways of Life.” The 69-year-old instructor has tutored a lot of players for a lot of years, but he said Mickelson’s 66 on Sunday may have been the best round he’d ever seen. And it may have brought Harmon the most joy considering how impressively Mickelson bounced back from his hugely disappointing finish at the U.S. Open last month.

Harmon recounted Mickelson telling him before the round that he planned on shooting well under par for the final round: