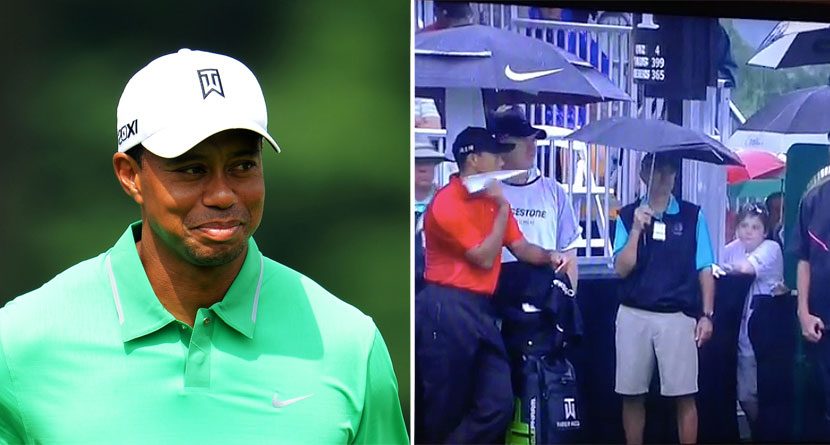 The final round of the WGC-Bridgestone Invitational was a short one for Tiger Woods as he withdrew after nine holes due to an apparent back injury. Before taking himself out of competition, however, Woods had a little fun during the rain delay. That “fun” had nothing to do with golf, though.

Paired with funny-guy Bubba Watson, Woods decided to break out his amusing side while waiting out the inclement weather. Here’s the evidence:

I like the array of reactions amongst the parties involved. Watson gave the plane a long stare. The guy in the middle attempted to hold in his laughter, but failed. And Woods could do nothing but smile and chuckle (maybe at his poor accuracy).

It’s unknown if Woods constructed the airplane, but it’s evident he could hit neither a fairway, nor “a Bubba Watson” on Sunday.

His status for the PGA Championship is still unknown, and if he does end up missing the season’s final major, he could have a lot more time building airplanes like this one.