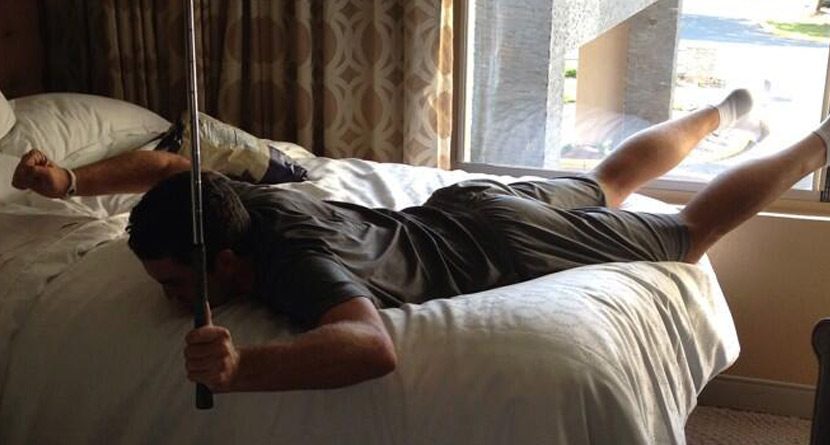 This year’s NHL Stanley Cup Finals is proving to be a classic battle between my Chicago Blackhawks and Keegan Bradley’s Boston Bruins. With the series tied at two games apiece, Bruins fans may want to push Bradley to take up the newest Twitter craze: “Orring.”

As SB Nation’s Emily Kay reports, “Orring” is another internet posing meme in which participants mimic the diving position of Boston’s great, Bobby Orr, who famously leaped across the ice after scoring the deciding goal in 1970’s championship game. With luck – and a few thousand retweets – “Orring” has potential to exceed the success of  Jason Dufner’s “Dufnering” meme from earlier this year.

It seems internet memes are all the rage these days, especially when it revolves around major sporting events. Just in case Mr. Bradley reads this article and decides to take up “Orring” to give his Bruins a boost in the series, I’ve decided to make a preemptive strike.

Behold! I bring you “Kaneing”!